The sheriff’s deputy who resigned as a school resource officer at Marjory Stoneman Douglas High School after an investigation into his failure to engage with the shooter “believed he did a good job,” according to a union official.

Broward County Sheriff’s Office Deputy Scot Peterson was first suspended without pay pending an investigation but tendered his resignation as reports surfaced of footage showing his failure to engage the school shooter during the Parkland massacre. Although armed with a gun, Peterson reportedly arrived outside an entrance to the building where the shooting began one minute prior to the onslaught and waited outside for “upwards of four minutes,” according to Broward County Sheriff Scott Israel.

According to Buzzfeed, the gunfire lasted only about six minutes.

Although reportedly “distraught,” Peterson believed he’d done his “duty” by calling in the location and description of the shooter, reported the NY Post.

“He believed he did a good job calling in the location, setting up the perimeter and calling in the description (of Cruz),” said Broward Sheriff’s Office Deputies Association president, Jim Bell.

Broward Sheriff Scott Israel confirmed Peterson’s actions during a press conference held Thursday, citing he was “devastated” and “sick to [his] stomach” at the revelations.

By resigning and retiring from the force, Peterson — a 33 year veteran — is entitled to a pension that will be an average of 75% of his five highest earning years, reported the Post.

“I’m in shock and I’m outraged to no end that he could have made a difference in all this,” Runcie said. “It’s really disturbing that we had a law enforcement individual there specifically for this reason, and he did not engage. He did not do his job. It’s one of the most unbelievable things I’ve ever heard.”

RELATED: FBI may have known months in advance that Florida shooting suspect had plans to be a “professional school shooter”

Peterson was not a member of the Deputies Association, but official Bell was tasked with informing him of his original suspension. Bell indicated that the deputy sheriff’s inaction was a major mistake.

“We have to act, even if that means risking our lives to save many many more lives. I would demand that from our union members,” he said.

Bell added, “You’re listening to an execution every time you hear the rifle shot.”

Since the Feb. 14 shooting that left 17 students and faculty dead and 15 others injured, law enforcement officials from both local and federal levels have faced heavy scrutiny for failing to respond to concerns regarding alleged gunman Nikolas Cruz, 19, including ones shared as recently as Jan. 5.

The Broward County Sheriff’s Department faced criticism after it came to light that they had responded to the home of shooter Nikolas Cruz over three dozen times since 2010, while the FBI has been lambasted after they admitted that they received a tip concerning Florida school shooter Nikolas Cruz but failed to appropriately follow up on the information. 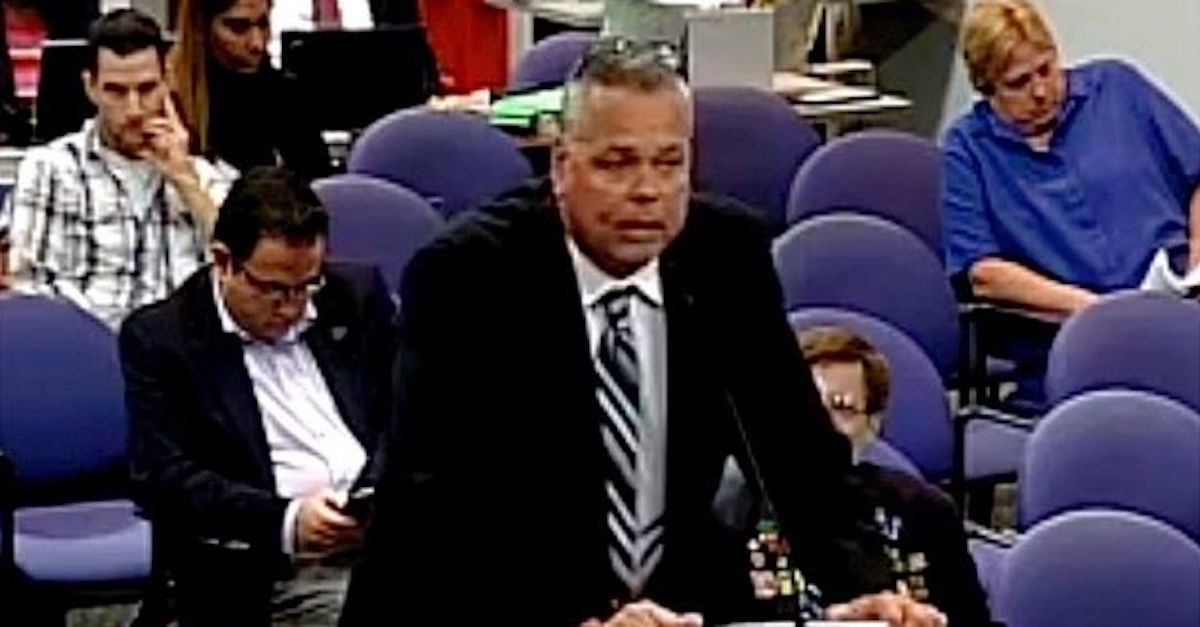