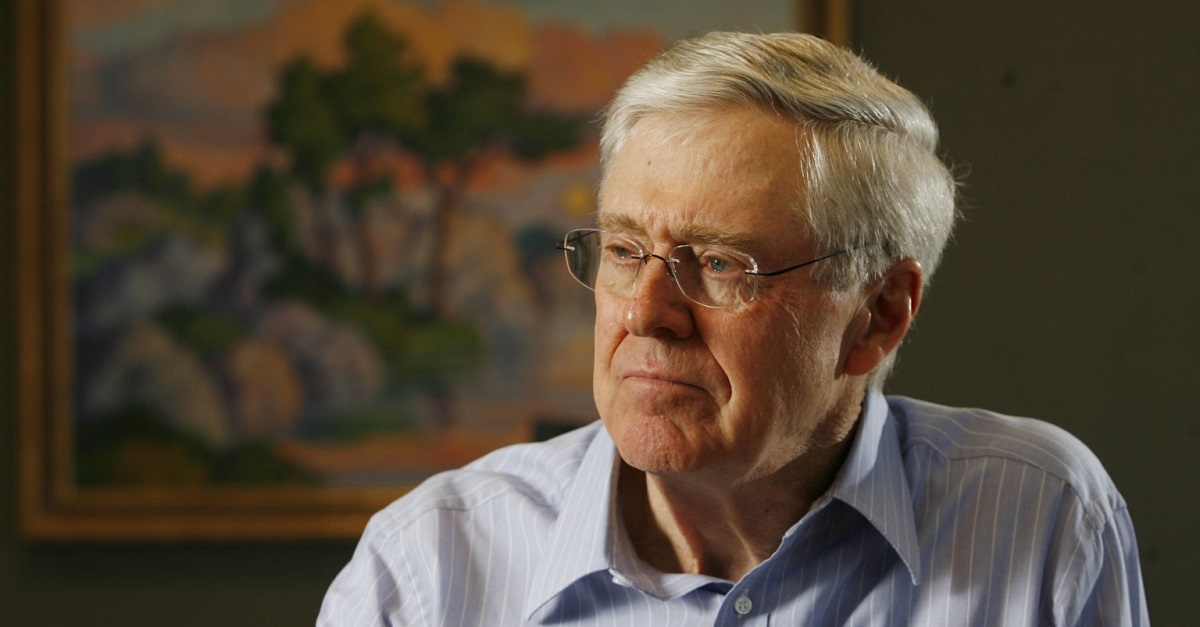 The industrialist brothers will unveil “Safe Streets and Second Chances” at the Koch network’s annual winter donor meeting in Palm Springs, California, The Washington Examiner reported on Wednesday. Hundreds of donors will convene to discuss policy and the 2018 midterms elections.

The program will be launched in Florida, Louisiana, Texas and Pennsylvania, and will aim to study ways to ?shift America’s criminal justice system from a focus on punishment to prioritizing rehabilitation, in a bid to reduce recidivism.?

?Over 95 percent of people who are incarcerated will eventually be released, so it?s in everyone?s best interests to make sure that these individuals are better when they leave prison than before they went in,? Mark V. Holden, senior vice president and general counsel of Koch Industries told the Examiner.

?The vision of ‘Safe Streets and Second Chances’ is that, rather than waiting until the end of an individual?s sentence, the reentry process should begin on day one,” Holden added.

The libertarian-leaning Koch brothers have long been passionate about criminal justice reform, arguing that reform would reduce the prison population while saving American taxpayers billions of dollars.

Advocating for criminal justice reform is not new for the Kochs. In a 2015 op-ed for Politico on the problem of overcriminalization, Charles Koch and Holden declared, “Reversing overcriminalization and mass incarceration will improve societal well-being in many respects, most notably by decreasing poverty.”

“Fixing our criminal system could reduce the overall poverty rate as much as 30 percent, dramatically improving the quality of life throughout society?especially for the disadvantaged,” the authors wrote, urging changes to existing law.