Menu
Follow us
Search
Menu
Search
FILE - In this Jan. 2, 2016 file photo, Republican presidential candidate Donald Trump, left, listens as his son Eric Trump speaks during a rally in Biloxi, Miss. A law enforcement official says New York City police and the FBI are investigating a threatening letter sent to the Manhattan apartment of Eric Trump. The official says the envelope sent to Eric Trump's apartment on Thursday, March 17, 2016 contained a suspicious white powder and a threatening letter. There were no injuries and the official said preliminary tests indicated that the white substance was not hazardous. (AP Photo/Rogelio V. Solis)

On Jan. 11, then President-elect Donald Trump held a press conference to announce he was leaving, but not selling, his business empire. Instead, he’d be transferring his business interests to a trust overseen by Donald Trump Jr. and Allen Weisselberg, Chief Financial Officer of the Trump Organization.

While former and current ethics officials urged President Trump to place his holdings in a blind trust, completely removing him from his business interests until he was a private citizen again, he did not take that step. As president, he’d maintain an ownership stake in his businesses.

Then, on or before Feb. 10, someone changed the language of the trust itself.

Letters published by ProPublica reveal that language was added to the trust agreement that allow the trustees — Donald Jr. and Allen Weisselberg, the Trump Organization’s Chief Financial Officer —  to “distribute” funds to President Donald Trump “at his request.”

This language allows President Trump to transfer and take profits from his business interests at any time.

And since the Trump Organization and the trust are privately held, if Trump were to transfer funds from the trust, he would not have to report it. Any income would be reported to the IRS — but Trump, famously, will not release his tax returns.

The Trump Organization made a statement to ProPublica in response to their publication of the letters. The statement does not deny anything. It only adds, “President Trump believed it was important to create multiple layers of approval for major actions and key business decision [sic].”

In today’s daily press briefing, White House Press Secretary Sean Spicer claimed the language had not actually changed (despite evidence presented here) and then said “the whole point” of a trust is to exist so that “somebody can withdraw money.” “That’s frankly part of the point of setting it up,” he told reporters.

RELATED: A federal agency just made a big decision about whether the president’s Trump International Hotel violates its lease 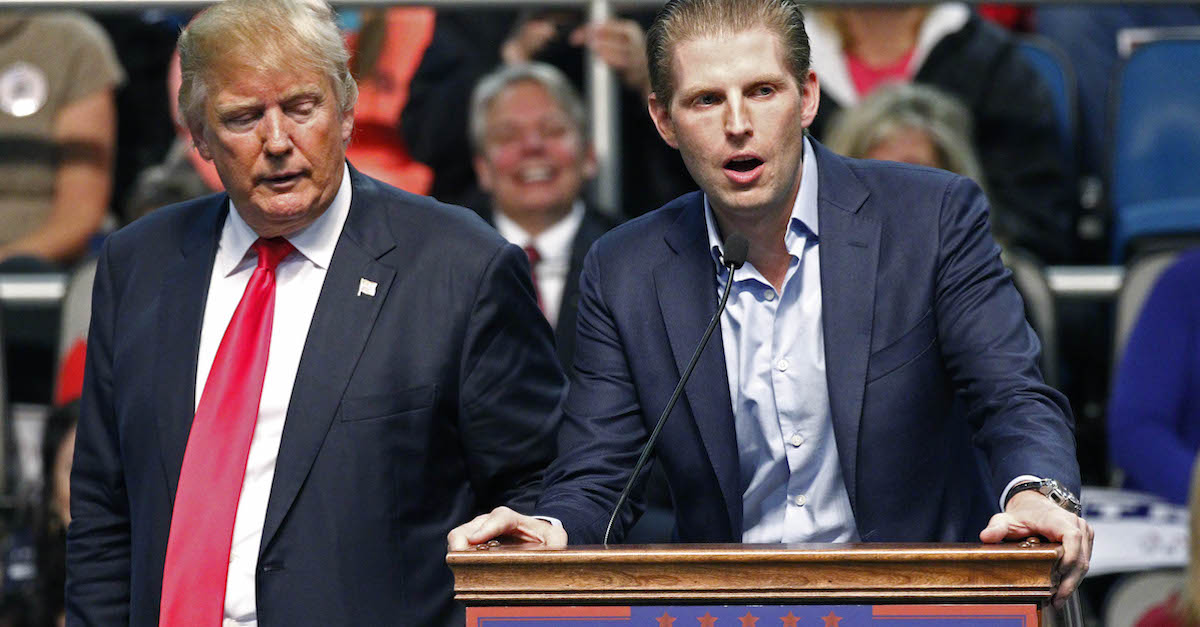