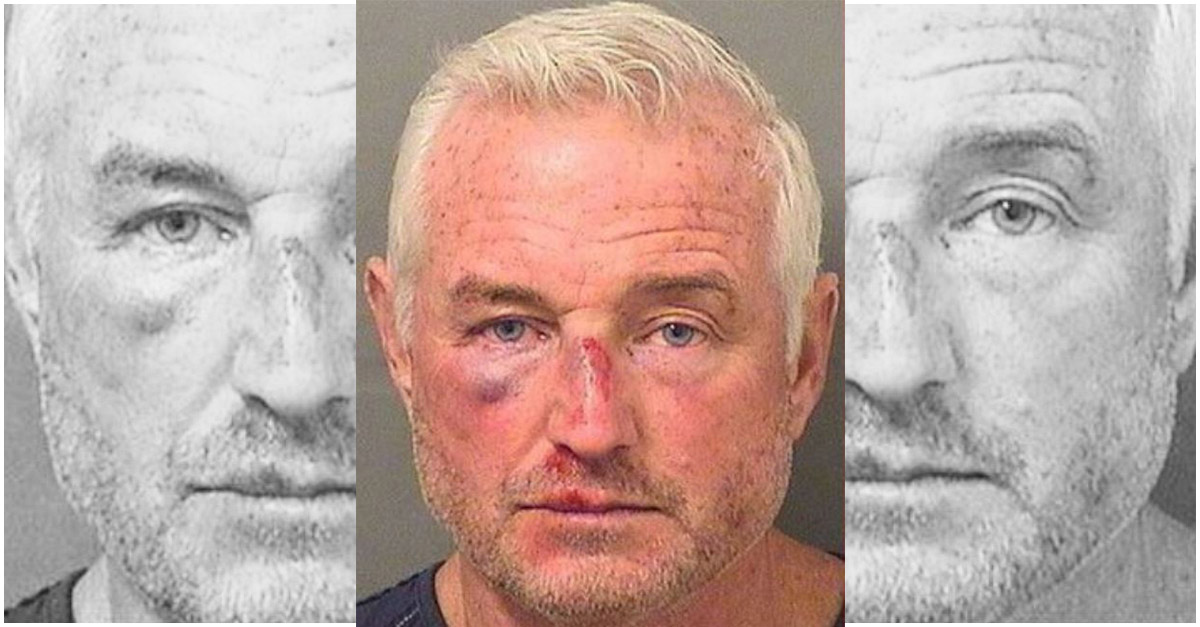 Robert Smith of New Jersey was way from his hometown when he allegedly stole a taxi on Saturday night and smashed it through the gates of the Trump National Golf Club in Jupiter, Florida.

A taxi driver picked up the 56-year-old tourist at a bar just before 11 p.m. and Smith reportedly directed the cabbie to a residence at the Trump club. While en route, the driver says that Smith hit him on the side of the head. Then, at the gate of the club, Smith pulled the driver out of the car and jumped in behind the steering wheel before crashing through the gate, the Palm Beach Post reports. A security guard on duty tried to stop him and even called for backup, but was unsuccessful.

Police later discovered the car with its doors ajar parked in front of Smith’s home. After knocking and getting no answer, they entered, saying that they needed to check on Smith and make sure he was alright. When they found him, he was lying face down on the bed and spotted with blood. He claimed that he did nothing wrong and that he simply fell on his face but police noted that they found blood in the car as well. They added that he was belligerent to officers as they took him to the nearby medical center. Smith was charged with one count of unarmed carjacking.

The Trump National Golf Club in Jupiter is different from the president’s Mar-A-Lago resort, which is located in Palm Beach. Since coming into the Oval Office, the president has played a lot of golf and his Jupiter location seems to be his preferred spot. Over the weekend, Senator Lindsey Graham (R-SC) joined the commander-in-chief for a round and later tweeted that the club “is a spectacular course.”

And Graham is only one of a few big names who have joined the president at his southern resort, on Black Friday he was spotted with professional golf stars Tiger Woods and Dustin Johnson. That game drew a bit of criticism from online as the press was shut out of access to Trump while guests at the club were able to snap pictures.