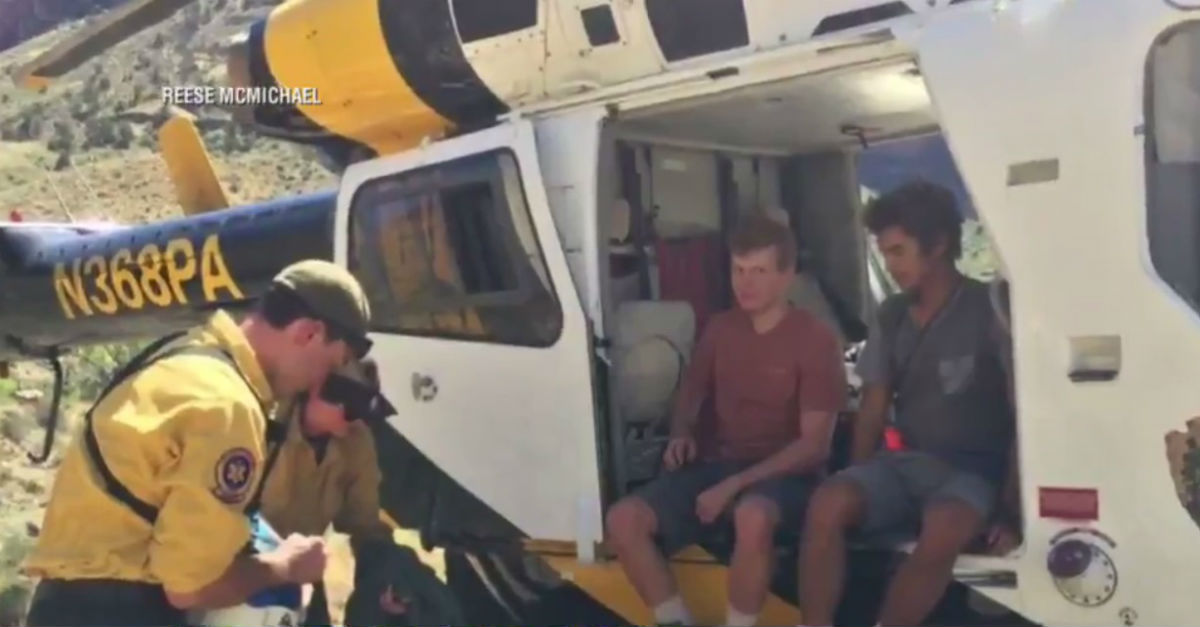 They were driving to college on the west coast when they decided to stop at the national park.

“We’re hiking up the mountain, and all the sudden we just can’t see where the trail is going anymore. It kind of just disappears,” said Fitch.

The teens attempted to walk back to the car but could not find it. They couldn’t get cell service on their phones and were forced to survive by eating small pieces of the two granola bars they brought with them. They also drank water from a puddle that “looked somewhat clean.”

On the fifth day, they saw a helicopter in the distance. Fitch blew on the orange whistle he carried with him from lifeguarding duties while he and McMichael waved branches. Though the helicopter flew away, park rangers returned to the area and rescued the teens, who had been reported missing by their parents.

“Me and my friend were both crying tears of happiness,” Fitch said, calling the rescue “euphoric.” He said that the only way he would go hiking in the area again was with a guide.