Did You Know: Desperate Ticks Will Go Full Donner Party On Each Other 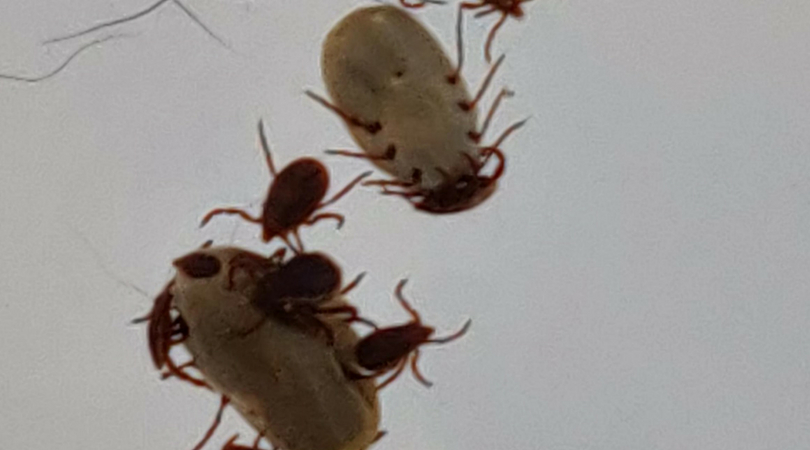 Ticks. We all hate them, wish they were never a thing, and get scared to death whenever we see one. Admit it, we have all been there once in our life, and it’s the scariest thing ever. To make things even scarier, and grosser, a user on Reddit posted a picture of ticks he found on his dog, eating each other! Yes, the ticks started feeding on each other right after the user took them off their dog. Naturally, like the curious person I am, I decided to look up on Google, ‘why the heck are these ticks eating each other alive’, and well, I found the answer.

You see, most ticks go through four life stages: egg, six-legged larvae, eight-legged nymph, and adult. After hatching from the egg, ticks must eat blood at every stage to survive. Like vampires, of course, because that’s totally a thing. Anyway, the tick that requires these many hosts can take up to 3 years to complete their full life cycle, and most will end up dying because they don’t find a host for their next feeding. But, there are some tick species, just like the brown dog tick, that  prefer to feen on the same host during all their life stage.

Ticks literally started feeding on each other once I removed them from my dog . from natureismetal

Different ticks can feed on birds, reptiles, amphibians, and other mammals. Yet, most ticks prefer to have a different host animal at each stage of their life. Think about it, it’s just like us when it comes to chicken or beef, in a way. Ticks usually find their hosts by detecting an animal’s body odor or breath, or by sensing their body heat, vibrations or moisture. To make things even scarier (I know, I’ve said that a lot, but I do have a point to this!) some even recognize a shadow!

So in this case, presumably as they get hungry, well, they will prey on the neighbors! It’s. A. Life. Cycle. Honestly, it is. They will prey on each other until they reach a point where all the blood has been consumed. Usually, an adult female will get so big that their body is full of blood, later being replaced with eggs, which is when she will lay the eggs and die. So…blood. Ticks. Get it? This is called Cleptohemodeipnonism, meaning stealing blood from a peer who obtained it by host blood sucking. It is observed in some specialized blood-sucking insects, such as assassin bugs. Apparently, in ticks too.