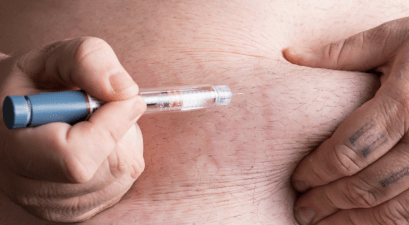 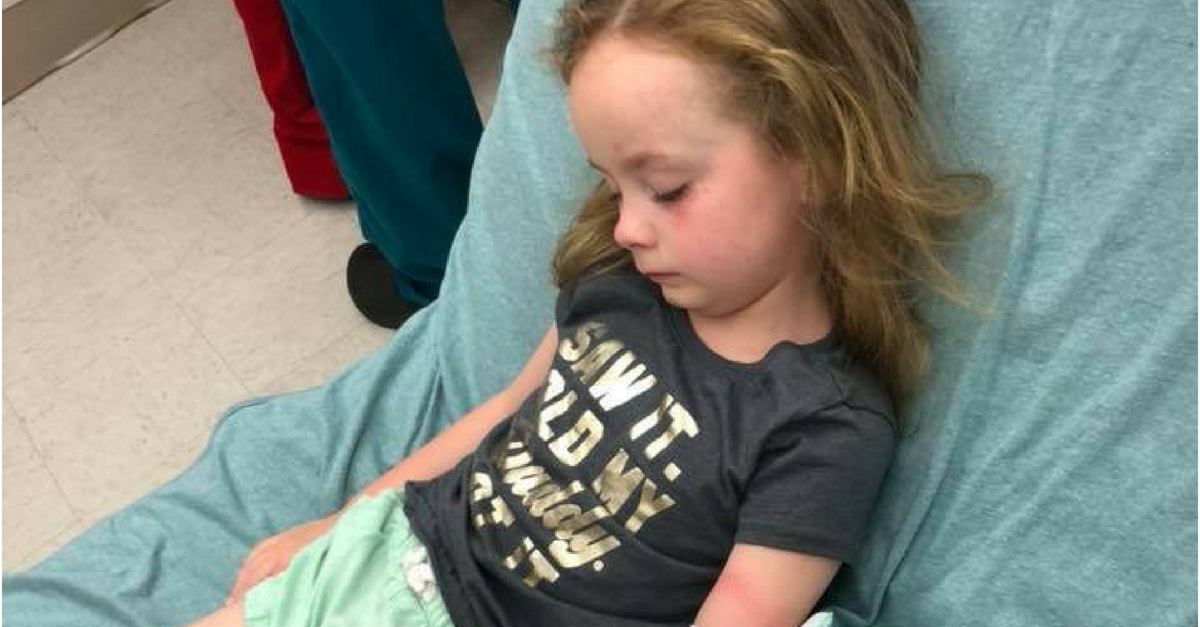 A mother in Mississippi was scared for her daughter’s life when just last week, 5-year-old Kailyn Griffin lost the ability to walk.

The young daughter temporality lost her ability to use her lower body and had difficulty speaking, after she was bitten by a tick on her scalp, contracting tick paralysis. Through a Facebook post, the mother, Jessica Griffin, wrote how her daughter simply woke up for daycare, and as soon as her feet hit the floor, she fell down. At first, the mother though Kailyn’s legs were asleep, but when she began to brush Kailyn’s hair, she noticed something on the girl’s scalp and immediately panicked.

The toddler was taken to the emergency room, where after several blood work extractions and CT scans, medical staff figured out Kailyn was suffering from tick paralysis. A rare disease that’s thought to be caused by the saliva in the ticks.

According to the Centers for Disease Control and Prevention, symptoms usually subside 24 hours after removing the tick. At times, tick paralysis can cause intense paralysis, starting in the lower body and working it’s way up. It is often confused with other neurologic disorders due to patients not finding the tick at times, which is the root of the source.

In most cases, children tend to be affected by these tick paralysis more than adults, due to children being less likely to notice the bite. Since their body is smaller, the higher dose of the toxins can cause the paralysis at a fast pace.

Luckily, Kailyn is doing just fine. The tick was removed when she arrived at the emergency room, where she stayed in observation for a while. Her mother updated her social media followers of Facebook, showing how her daughter was back to normal and was walking out of the hospital, holding some celebratory balloons. Griffin is now using her situation to spread awareness about the condition, urging parents to look twice for ticks around their children to avoid scary situations like these.

So, what do you do if you suspect a tick bite?

Well, unfortunately, we are in tick season right now. I know, these crawlers are everywhere. It’s import to check yourself and you loved one for any tick hiding in certain parts of your body, whenever you come from outside. Ticks have a tendency to hit between creases, such as between the toes, knees, ears, the nape of the neck, or most poplar, the scalp or under the hair. If you do find a tick, you want to get it off your body as soon as possible. Your chances of contracting a tick-borne illness can increase if it stays on your body for more that 24 to 28 hours.

Grab the tweezers to grasp the tick as close to the ticks surface and pull up, steady but with pressure. If you try to twist it, the tick could cause mouthparts to break and stay in your skin. Once the tick is completely off, the best thing to do is flush it down the toilet, and clean the bite area with rubbing alcohol or soap and water.

After you clean the area, keep an eye out for you health for a few weeks, make sure you don’t develop any rash on the area or are not feeling well. If you do, make sure you visit a health professional and tell them about the tick bite.

Watch: Did You know That Opossums Eat Virtually All The Ticks In Your Yard?