At 88-year-old woman in Pennsylvania can thank her quick wit for defusing what could have been a deadly situation.

According to Helen Reynolds, a young man broke into her home and bound her and seemed as if he was about to rape her.

That’s when Reynolds lied to the man and said she had HIV.

RELATED: A married mom busted for sex with 15-year-old student after explicit video was shared all over school

“When I said that he just walked out of the bedroom. That’s the comment that saved my life.”

Reynolds told authorities that the assailant had removed his pants, and her pants, and taken out a box of condoms.

When asked what she would say to her assailant if given a chance, Reynolds didn’t mince her words.

“I have nothing good to say about him. Nothing at all. Put him in jail, and leave the sucker there.” 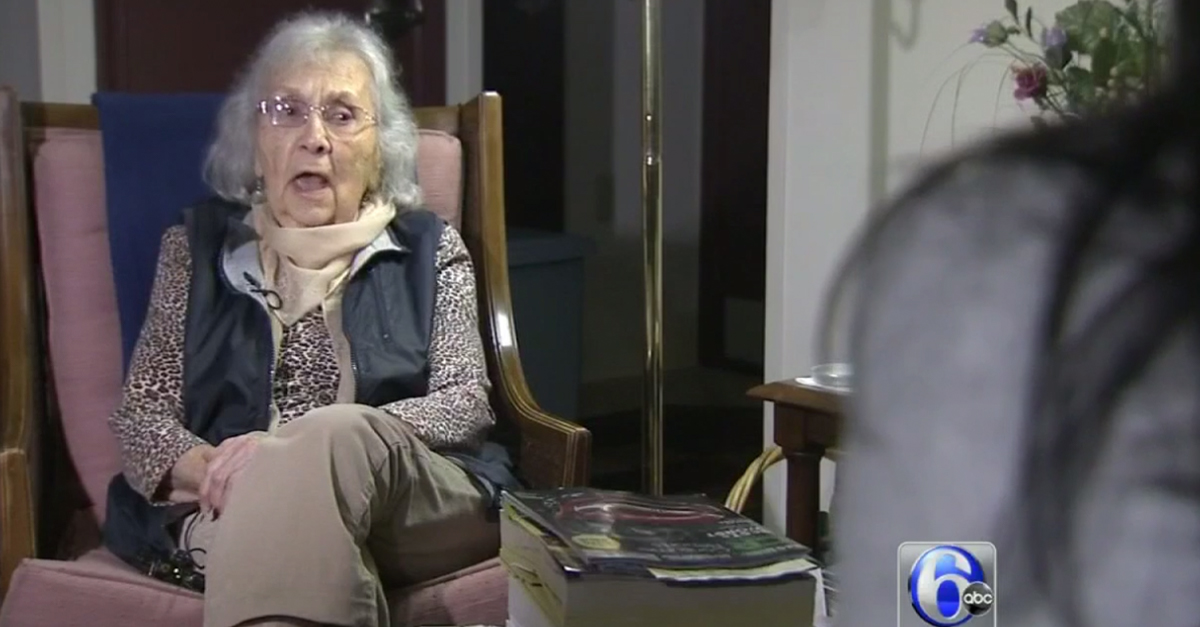