Here’s what the president tweeted in response to the “old lunatic” dismissal:

“Why would Kim Jong-un insult me by calling me ‘old,’ when I would NEVER call him ‘short and fat?’ Oh well, I try so hard to be his friend – and maybe someday that will happen!” he said.

Trump took the “far be it from me to call anyone short and fat, but…” approach, bringing this schoolyard war-of-words between two world leaders to new heights.

The president made headlines on Monday when he declared the United States’ policy of “strategic patience” on North Korea “over.” Trump made the comments during a joint press conference with Japanese Prime Minister Shinzō Abe.

“The era of strategic patience is over,” Trump said in regards to his position on North Korea. “Some people said that my rhetoric is very strong, but look what’s happened with very weak rhetoric over the last 25 years. Look where we are now.”

Trump has mentioned U.S. North Korea policy in the time frame of the last 25 years before and said that, unlike his predecessors, he “won’t fail.”

“Being nice to Rocket Man hasn’t worked in 25 years, why would it work now? Clinton failed, Bush failed, and Obama failed. I won’t fail,” Trump tweeted.

“Rocket Man” is his nickname for Kim Jong-un. 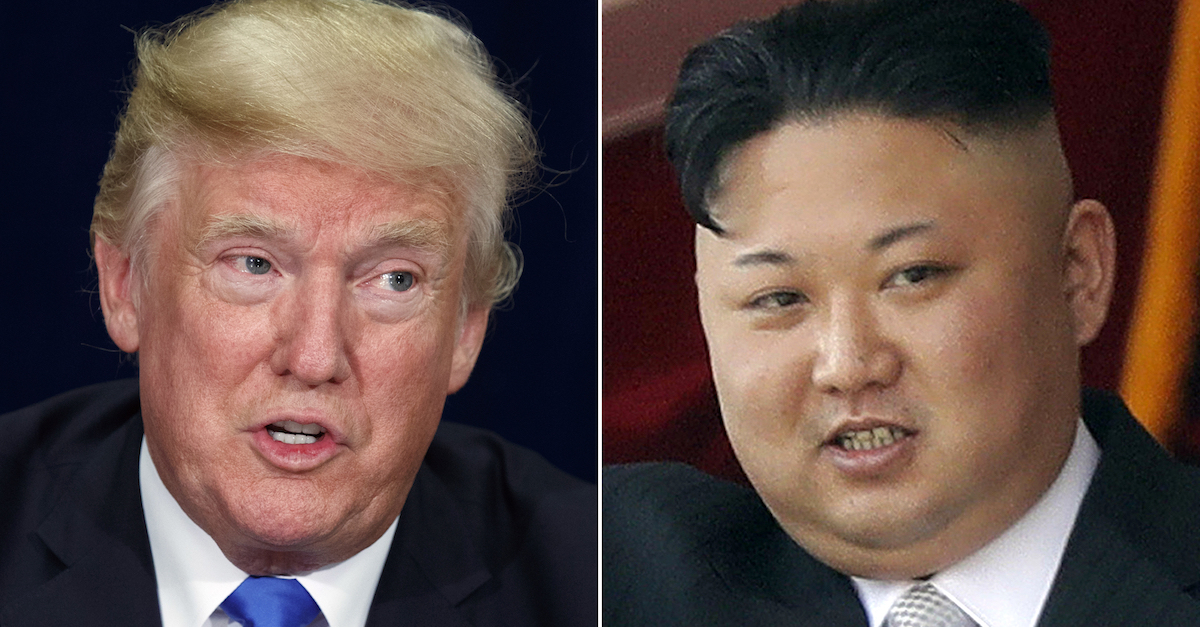