President Trump may have plenty of time left in his term at the White House, but his decision to pull the U.S. out of the Paris Climate Agreement will haunt him forever as Chicagoans continues to remind him of their resistance a month after his withdrawal announcement.

With past reminders of disapproval being as simple as signage and poking fun at the president, the latest venture seems much more direct as Greenpeace activists raised a massive banner promoting the environment to the top of Trump International Hotel & Tower Chicago. A video of the banner being raised has been posted to Facebook receiving over 131,000 views, 1,400 shares and 1,300 comments in the first three hours it was made public.

“Activists have just raised a massive banner at Trump International Hotel & Tower Chicago to show this administration that the people of Chicago — and people all over the country — will continue to RESIST Trump’s attacks on our clean air and water, and defend our communities and the planet,” the post reads.

This coming after the Weiner Circle sign and the highway billboard that both made light of their disapproval for President Trump and his administration as well as Mayor Rahm Emanuel’s efforts to combat the decisions of the White House regarding the environment. Chicago has made it clear to the president that his decision to back out of the Paris Climate Agreement does not reflect the opinions of others as Chicagoans continue to support the agreement and resist the president. 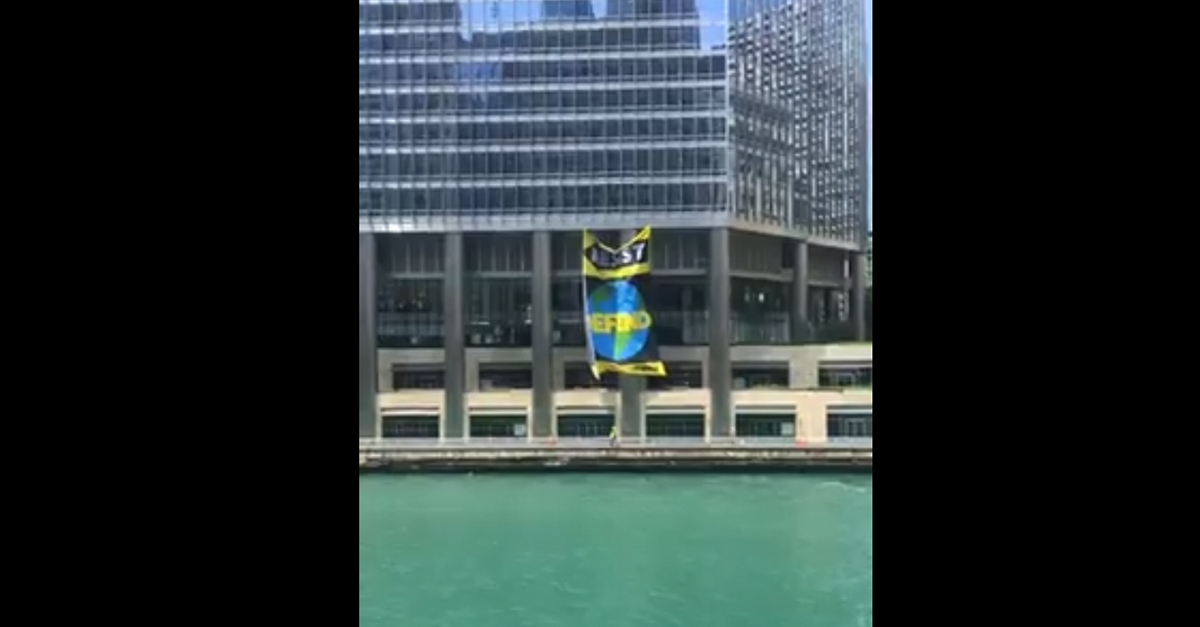