On Monday, Attorney General Jeff Sessions declared that he would be increasing the controversial practice of civil asset forfeiture. “We hope to issue this week a new directive on asset forfeiture — especially for drug traffickers,” Sessions said Monday at a meeting for the National District Attorney’s Association in Minneapolis.

This is a terrible idea. In the name of protecting the public, Sessions is actually putting it more at risk. In Sessions’ pro-drug war mind, criminals are the only people this practice hurts. He couldn’t be more wrong.

RELATED: The feds just resumed this controversial program that basically lets cops steal from you

My colleague Bonnie Kristian has already summed up how civil asset forfeiture, aka legalized theft, works in practice:

Civil asset forfeiture, recall, is a (rightly) controversial practice in which any any police officer who finds you “suspicious” can just take your stuff.

Once your property has been confiscated, the burden of proof is on you, not the police, to show that you didn’t get it from any criminal activity. Even if you personally are cleared of all charges, that may not matter…

In other words, they don’t have to charge you. They don’t have to present any evidence of illegal activity. Worse yet, you have no right to a lawyer and won’t get a day in court. In some jurisdictions, you actually have to pay thousands of dollars just to be able to contest the seizure.

And guess what? The police conveniently happen to consider large amounts of cash inherently suspicious—but not too suspicious to dump it right into their departmental bank account.

To say this policy is unjust is the understatement of the century. In fact, just ignore the long, bureaucratic name: Civil asset forfeiture is government theft.

How often does this happen? Last week it was reported that Utah, one of the few states required to keep a tally on how much authorities take using civil asset forfeiture, seized $3 million in cash and assets last year. The Salt Lake Tribune reported that some of the items seized in an alleged drug bust, “included ordinary items like a $25 flashlight, along with pricier goods like a $4,000 mountain bike, a $2,500 motorcycle and a guitar autographed by Led Zeppelin worth $3,000.”

Reason notes that in Utah, “Most forfeitures (69 percent) take place during traffic stops and most of the time only money is seized. According to the state report, cash was taken in 99 percent of forfeitures during 2016, with the median seizure amounting to only $1,031.”

How often does this happen?

At this point, the government is stealing from private citizens more than actual burglars.

So who in Washington is trying to change this unjust practice? Many Democrats are. But more pertinent as it relates to Jeff Sessions’ latest move is that many conservative Republicans have been seeking reform on this issue and have been for some time.

Justice Clarence Thomas has said it’s unconstitutional. Tea party Senator Mike Lee is one of the leading voices against civil asset forfeiture. Libertarian Republican Senator Rand Paul has been one of Lee’s constant allies on this issue, including introducing one of the most sweeping asset reform proposals in decades in March. Even the conservative Heritage Foundation has come out against it.

Civil asset forfeiture is unjust and unconstitutional. It's a big-government scheme to take people's property without due process. End it. https://t.co/6Y2yEtfs8e

Many on both left and right recognize civil asset forfeiture to be one of the most directly offensive big government abuses and are rejecting it in droves. Anyone who performs even a cursory review of the subject can see that this theft sounds more like a third world banana republic than how the United States is supposed to treat its citizens. To the degree that Americans understand what the practice is, it’s become something close to a consensus to reject it.

More people than ever are finally understanding how damaging civil asset forfeiture is, except the one man with the most power to change it. 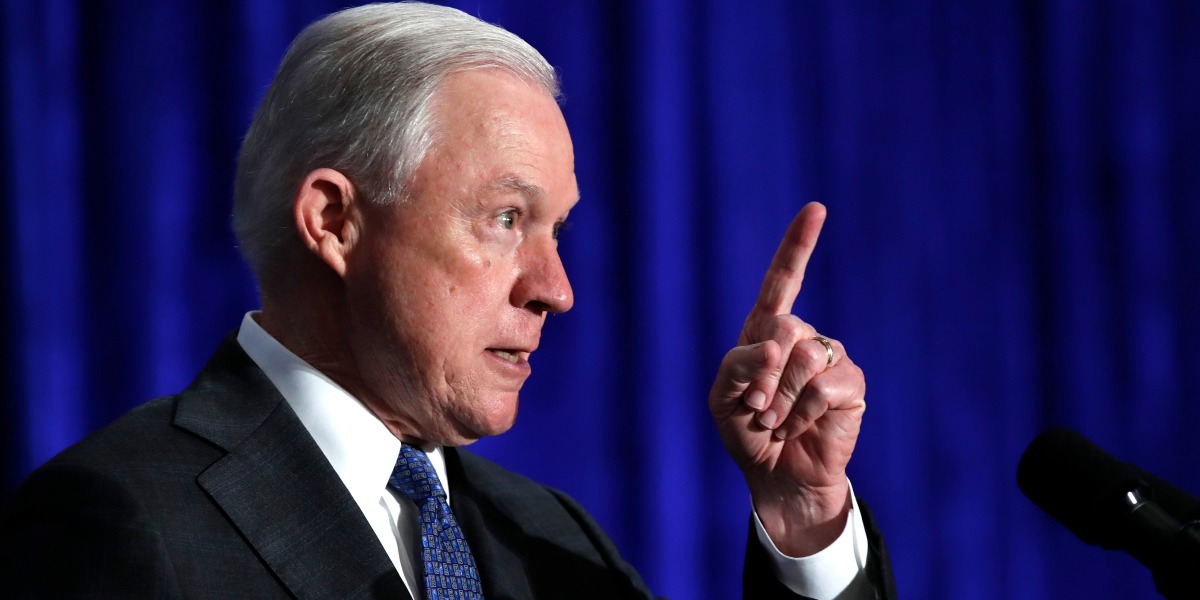