As Queen Elizabeth II celebrated her 65th year on the throne Feb. 6, The Royal Family and Buckingham Palace shared a beautiful portrait of Her Majesty to mark the occasion.

“It has been 65 years since Her Majesty acceded to the throne. On 6 February 1952, King George VI sadly died following a prolonged illness. Princess Elizabeth immediately acceded to the throne, becoming Queen Elizabeth II and taking on all of the responsibilities which came with her new title,” The Royal Family shared on their official Facebook page.

“In the photograph, The Queen is wearing a suite of sapphire jewellery [sic] given to her by King George VI as a wedding gift in 1947,” the post continued.

RELATED: Duchess Kate, Prince William and Prince Harry have never looked happier than they do racing each other for charity

The Queen holds the record for longest reign in British history and is the oldest reigning monarch in the world. Queen Elizabeth II is still very active in her rule; she makes numerous visits with charities and schools and acts as the host to many heads of state.

Aside from her public duties, Queen Elizabeth II has a wonderful family life. She and her husband, Prince Philip, have been married for nearly 70 years and raised four children together. They have also welcomed several grandchildren and great-grandchildren into the family. 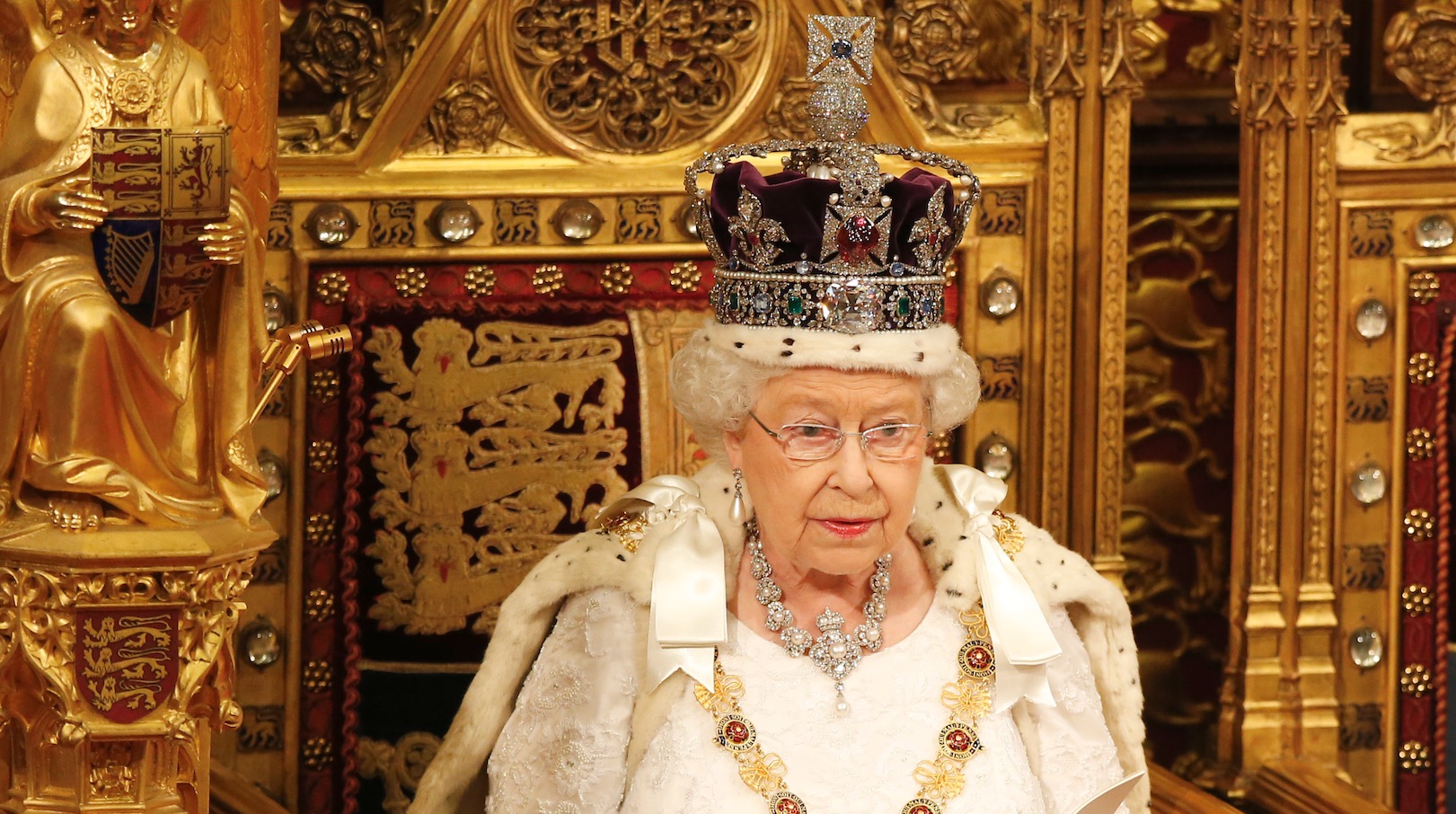