Nature videos are getting more and more epic. I admit I’ve spent countless nights scrolling through the plethora of videos on Netflix and always find myself settling on another episode of Planet Earth or Blue Planet. There’s something so surreal about watching these animals in their natural habitat narrated by the calmest voice ever, David Attenborough (who, by the way, is brothers with Richard Attenborough, the actor who plays the role of the old man in Jurrasic Park). Sometimes when the mood strikes my friends and me (after a few beers), we find ourselves muting the volume and dubbing our own version of the nature show. And it seems that it’s something Snoop Dogg enjoys doing as well.

Jimmy Kimmel and the people over at Jimmy Kimmel Live on ABC invited the rapper/(chef?) on their show to narrate “Plizzanet Earth,” Snoop Dogg’s own take on the Planet Earth II documentary, specifically one of the craziest scenes in the entire show. Snoop Dogg narrating nature documentaries is going to be your new go-to when sitting around with friends on the couch with a couple of drinks in your belly. Take a look:

In Iguana vs. Snake, the scene starts in the Galapagos Islands where marine iguanas lay their eggs to hatch in the sand. However, once the baby iguanas are born, hundreds of snakes that hide in the cracks of the rocks are there to snatch it up before it has time to escape.

Animal enthusiast Snoop Dogg calls the snakes, “straight up assholes,” and cheers on the baby iguanas, clapping as one makes it over the rocks just in time.

While he doesn’t narrate the whole season of Planet Earth, Snoop Dogg has recorded numerous other “Planet Snoop” videos including Bat Vs. Scorpion and Tree Frogs. They should have Snoop Dogg record an entire season if we’re being honest. 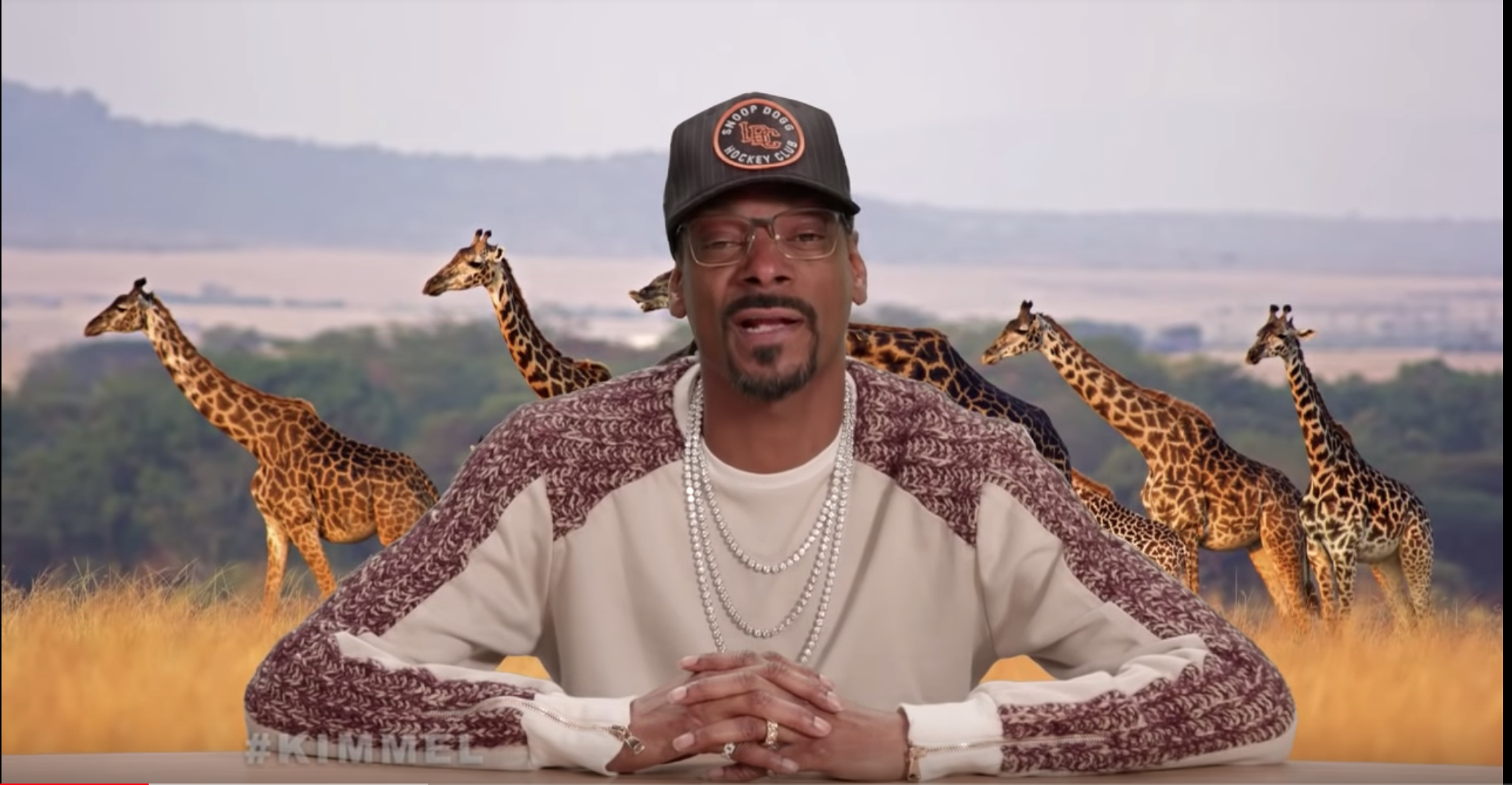