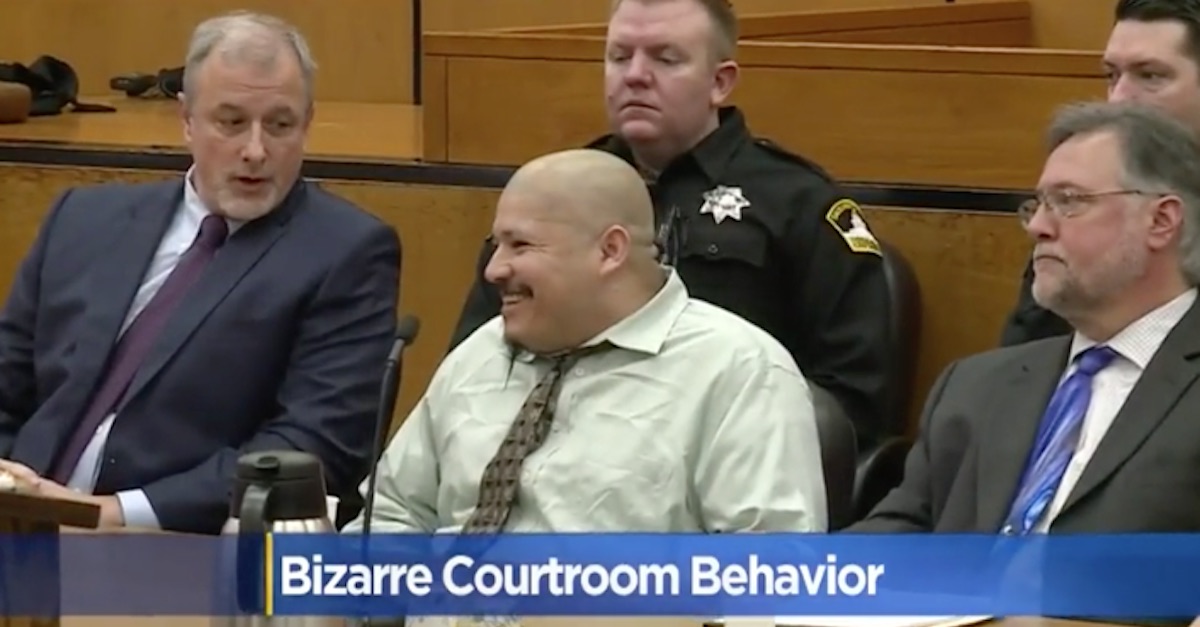 The lawyer defending a 37-year-old illegal immigrant in a Sacramento courtroom admitted that his client shot two police officers in 2014, but attempted to use a shocking courtroom promise to kill again as proof that the man is not fit to stand trial.

“He shot them both,” Barbour said.

“I wish I had killed more of the motherf***ers. I will break out soon and I will kill more, kill whoever gets in front of me […] There’s no need for a f***ing trial,” he said, smiling.

He also called another officer who responded to the shooting that day, Deputy Scott Brown, a “coward.”

Bracamontes’ defense is arguing that the this outburst shows he has a “mental illness” and is not fit to stand trial.

“We believe Mr. Bracamontes’ outbursts, his laughter, are a function of his mental illness,” Barbour would say.

Bracamontes’ legal team then motioned for Superior Court Judge Steve White to reconsider a ruling that the accused was competent.

“Your motion is denied,” the judge replied.

Janelle Monroy was also been charged, but claims she was victimized by her husband.

“The evidence is going to show that this woman who loved this man and was married to him for years was stuck in a car with a crazy person,” her defense argued.

RELATED: The suspect accused of killing two in Texas is an illegal immigrant who’s been deported a shocking number of times

Prosecutor Rod Norgaard, on the other hand, alleged “they were in it together all along.”