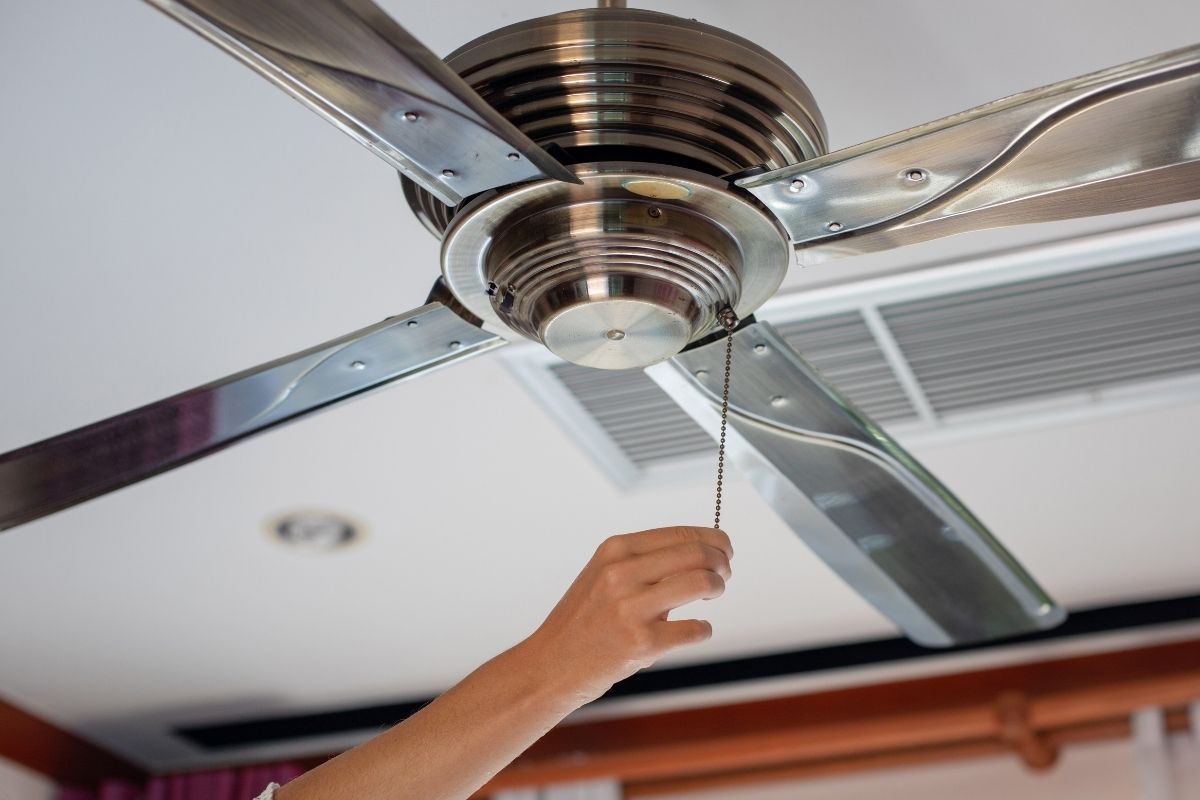 Talk about a real-life horror story. A woman in El Paso, Texas was woken up in the middle of the night by something dripping onto her face. At first, she thought it was rain… but when she turned on the lights, she saw red splatter across her apartment ceiling, walls, bed, and body. Ana Cardenas then made the horrifying discovery that the red splatter, was in fact, blood.

Texas Woman Wakes Up to Blood Dripping From Her Ceiling

In Spanish, Cardenas explained, “It grossed me out, I was in shock, I thought this isn’t real this is a dream, wake up. I called maintenance and they said are you sure and I said blood is falling on me,” describing how the blood painted parts of her bed, walls, furniture, and even her hair. She then added how it was the blood of her upstairs neighbor, a man who had died right on top of where her ceiling fan was.

And according to KTSM, while she was sleeping, his blood had seeped through, while her ceiling fan was on, explaining why the blood was splattered across her entire body and hair. Cardenas also said that the police stated that her late upstairs neighbor had died of natural causes, but that didn’t give her much comfort in her situation.

A House of Horrors

“The firefighters knocked down his door and the body was laying exactly where my fan is underneath. He had carpet but the blood seeped through to my ceiling. They took the fan down and a pool of blood came down,” Cardenas detailed, but her troubles didn’t end there. Although her apartment is now completely disinfected, the ceiling has been removed, and flies and a foul smell still linger.

Although Cardenas had stayed in a hotel for a few nights, she is now currently battling Cielo Vista Apartment management for compensation for the damaged property. She said, “I told them my bed is covered in blood and they told me they’re sorry but the insurance won’t pay it.”

It’s safe to say she won’t be renewing her lease at that apartment complex after living there for almost two years. A GoFundMe fundraiser has been set up to help the poor woman recover from this traumatic situation, and hopefully she’ll get a new apartment soon.