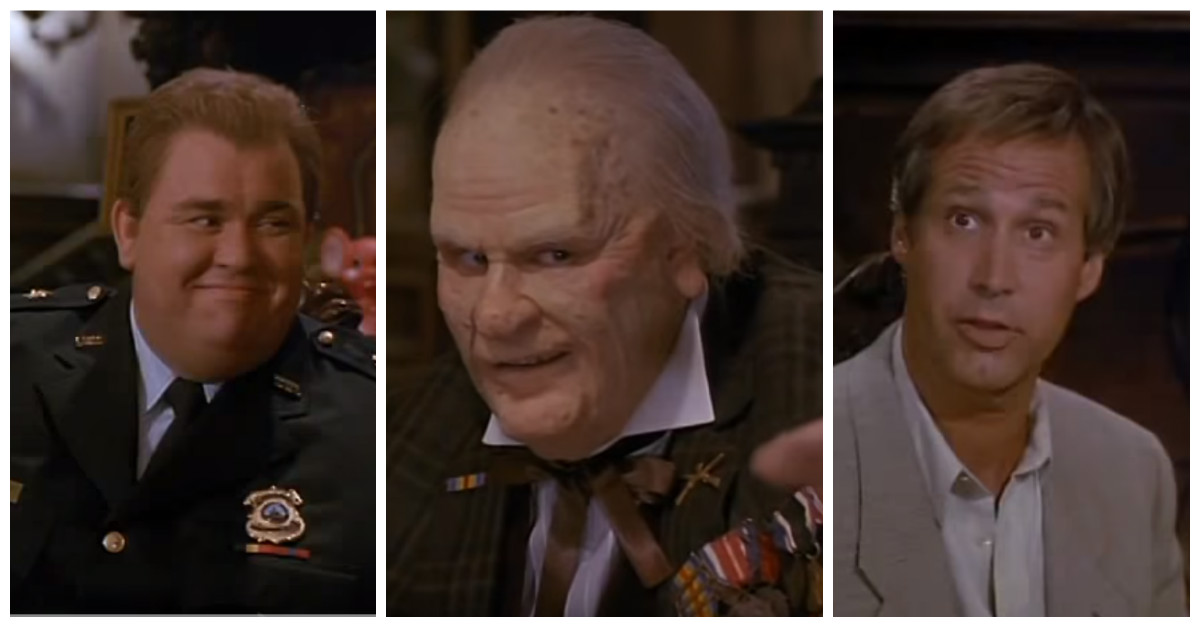 It isn’t Halloween until you break out the classic horror movies that everyone still loves, with the crappy monster makeup and everything. It’s probably the spirit of the season that movies like Beetlejuice, the Addams Family, and Hocus Pocus don’t emphasize how modern film has evolved in its digital effects and realistic makeup techniques to actually scare the absolute gajeebees out of you. But since holidays are meant for people to spend time together, maybe it’s easier to watch the classics because they actually aren’t that terrifying with how old school their sets were.

Now, Dan Aykroyd and John Candy made a lot of movies in their respective careers; however, the pair have only been in a handful of films together. One of the best the pair put together was the classic Great Outdoors in 1988, but they also had a hilarious time with the comedy horror Nothing But Trouble in 1991. While Nothing But Trouble had a star studded cast, featuring Demi Moore and Chevy Chase, and even Tupac Shakur in his first small role, it has seemed to drop almost completely out of the public conscience.

The movie follows a group of yuppies, financier Chris Thorne, played by Chevy Chase, who meets Diane Lightson, played by Demi Moore, as they find themselves in a weird dungeon-like room with Thorne’s wealthy Brazilian clients, Fausto and Renalda Squiriniszu, played by Taylor Negron and Bertila Damas. They had been placed there by Judge Alvin ‘J.P’ Valkenheiser, played by Dan Aykroyd, after his grandson, Officer Dennis Valkenheiser, played by John Candy, arrested the group for running a stop sign and attempting to escape, leading them to small town called Valkenvania.

The movie follows the group as they parade the odd property area, also encountering Eldona, also played by Candy, and Bobo, also played by Aykroyd. In a hilarious serious of events with both Aykroyd and Candy playing dual roles, we also soon see Digital Underground, a rap group that Tupac played a role in, also stuck in the judge’s playground. We also meet other eccentric characters such as Miss Purdah and Lil’ Debbull. As Thorne and Lightson make close attempts at escaping back to New York, the movie ends in a hilarious manner with the judge still alive and on television, ready to haunt Thorne for the rest of his life.

In this specific classic scene, a haggled Dan Aykroyd invites Demi Moore and Chevy Chase to dinner, though to be more accurate, the pair have been kidnapped. Eldona, the young woman played by John Candy woos Chase and treats the group to some of the strangest delicacies they’ve ever had the misfortune of seeing. It’s these kinds of scenes the remind you that the best movies back then had nothing to do with bad taste and more with the nostalgia of classics.

Editor’s note: This article was originally published on November 23, 2017.

Watch: The Bizarre History Behind the Emma Crawford Coffin Races