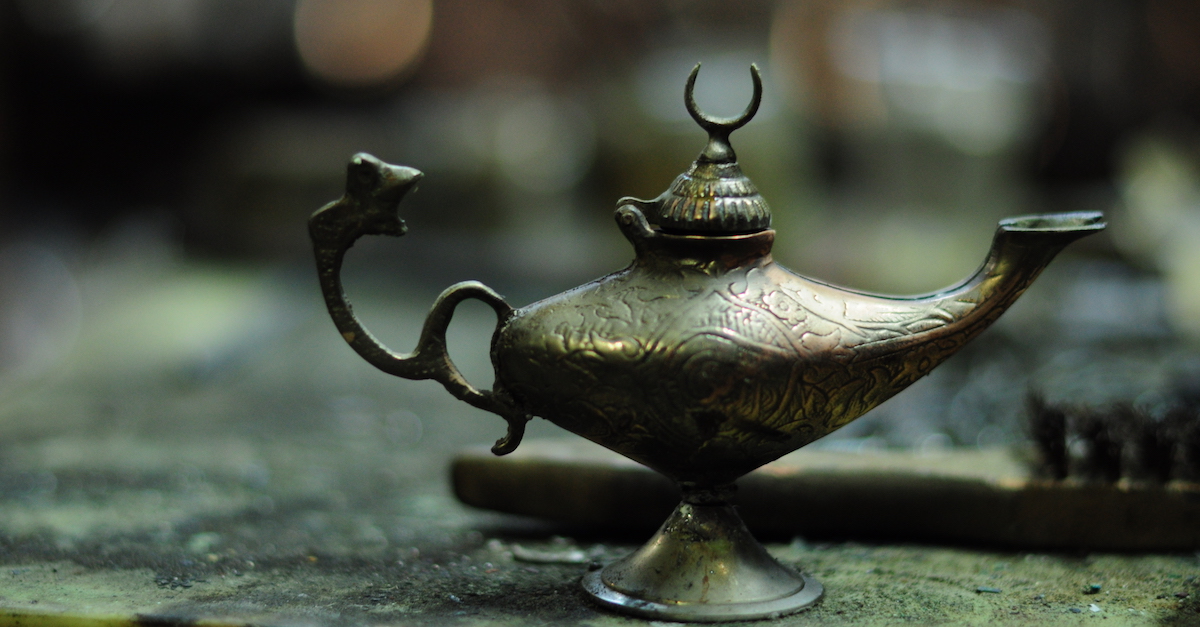 “I feel like I’ve been locked in tight, for a century of lonely nights, waiting for someone to release me” — somehow these lyrics from the song “Genie In A Bottle” actually apply quite well to the four men arrested on charges of trying to sell a product of the same name in real life.

RELATED: 2 teens charged with murder in death of 74-year-old woman

The largest news agency in India, Press Trust of India (PTI), has reported a story of global importance: four men, including a police driver, tried to con two people into setting up a cash exchange for a wish-granting genie, only to rob the potential buyers of the cash they had on hand, according to police.

The story goes that Tapas Roy Choudhury got a call from a friend that there was a genie in a bottle opportunity, and Choudhury ended up telling another friend, Basudeb Kundu, about this.

A meeting was arranged, and Choudhury went with his friend Kundu to a hotel, where they were met by four men. All of them got into a car with a police sticker on it.

The sellers, who haven’t been named, reportedly showed off a soda bottle and claimed that inside was a genie.

Choudhury told them he didn’t actually have any money, and that’s when things apparently went sideways.

Although it is not specified how, Choudhury alerted a friend about what was happening, and police arrested the four suspects.

They have already been released on bail.

Needless to say, the incident amused many on social media, so much so that it became a Twitter Moment.