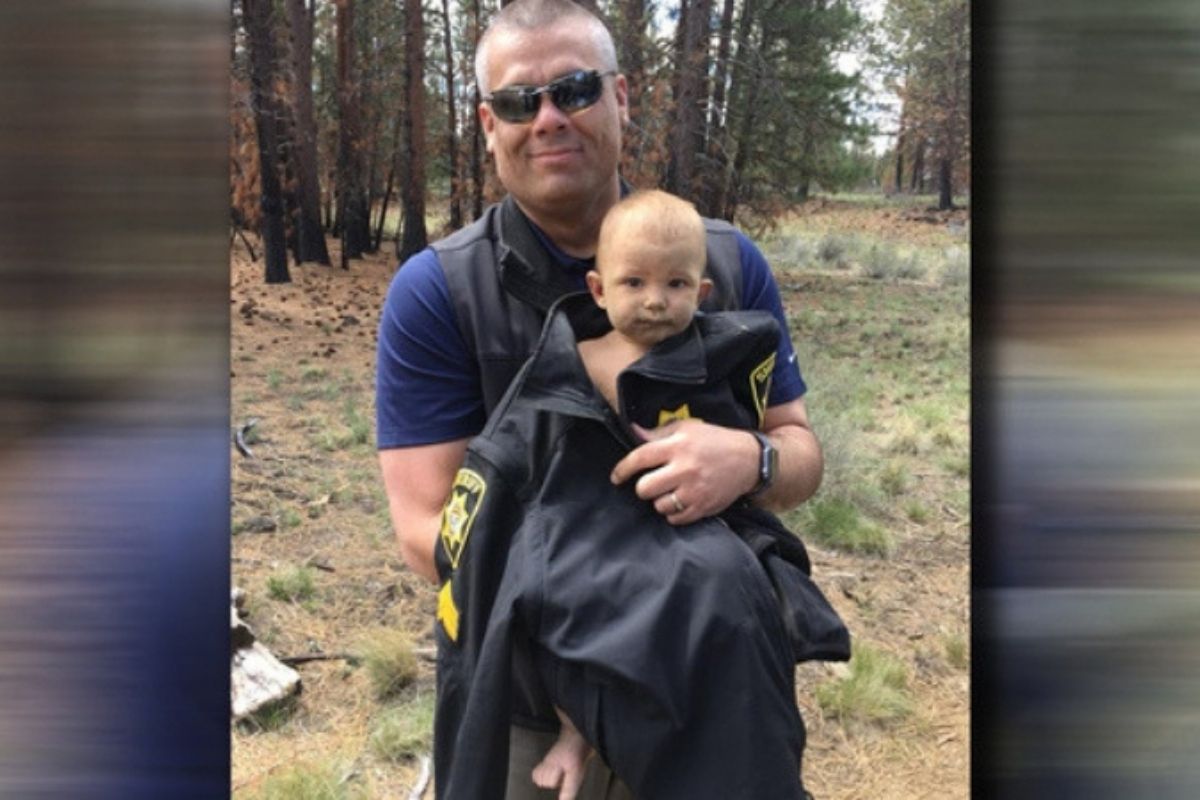 In May, authorities found a 13-month-old boy alone in the woods who was allegedly abandoned overnight by his father. Bradley Michael Thomas had a broken leg, a skull fracture, and methamphetamine in his blood system.

The baby’s condition had not been made public until a hearing conducted on December 19th, in Deschutes County Circuit Court. The hearing was to consider whether if the father, 26-year-old Brandon Michael Blouin, should be released from custody while awaiting trial in April. Bloudin is facing charges of abandonment of a child, custodial interference, child neglect and endangering the welfare of a minor.

According to Bradley’s maternal grandmother, Brandon is a major flight risk and a danger to anyone crossing his path. The grandmother asked the court to keep Brandon in custody, and let them “heal in peace.”

Judge A. Michael Adler denied Blouin’s request and took the step of increasing his bond from $200,000 the prosecution sought, to $500,000. Adler also ruled Blouin’s grandparents would not get back the $2,500 they put the first time he was released from jail in July. This after Blouin left the state with authority and returned to Ohio to live with his grandparents and 4-year-old-daughter, without authorization.

Blouin has been an inmate of the Deschutes County jail since he was arrested for violating the condition of his July release. According to police, Blouin and his former girlfriend, 19-year-old Katelin Thomas, and their son were living in a vehicle parked off China Hat Road South of Bend.

According to the Bulletin, while looking for her, Blouin allegedly placed Bradley on the ground near a fence post and continued to search for Thomas. What was his excuse? The father, who shouldn’t be called a father, said he left Bradley on the ground to draw away a group of men and one woman who was chasing him with firearms and machetes. He decided to put his 1-year-old son on the ground to draw them away. He eventually made his way to a home on Scholes Road at about 6:20 am and asked an owner to call the police.

Wildland firefighters immediately conducted a search after they were preparing to perform a controlled burn in the area. Bradley was found by Deschutes County Sheriff’s detective Doug Jackson, but it is not known how long the boy was left alone. Authorities estimate it was at least six hours, with the overnight temperature dropping to 43 degrees.

Blouin was immediately arrested and was added a charge of custodial interference when investigators learned Blouin had allegedly “stolen” Bradley from his legal guardian, the child’s maternal grandmother who lives in West Virginia.

Baby Found In Woods With Meth In His System

As for Thomas, court documents state she was found in an area nearby “highly intoxicated “with bruises and scratches, alleging Blouin had beaten her up and taken the child. In fear, she decided to run from the vehicle. Authorities stated she appeared to be under the influence of meth.

When arrested, Blouin plead not guilty to six counts, stating there was “a lot of information the people don’t know.” Blouin has numerous violent crimes on his record dating back to 2009.

Editors Note: This article was originally published on December 21, 2018.