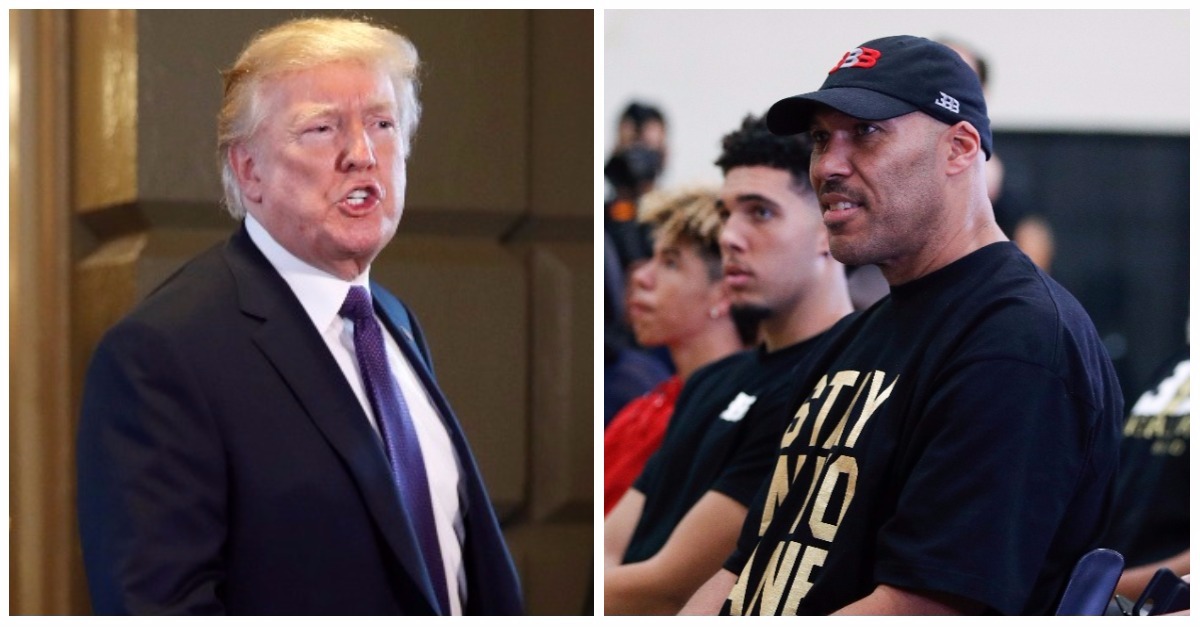 After pulling his son out of UCLA basketball and the classroom over the China shoplifting incident, LaVar Ball is sending the son involved and his youngest son back overseas.

Ball made the announcement that LiAngelo, 19, and LaMelo Ball, 16, would be playing pro basketball in Lithuania.

It's not about the money for the Ball Brothers. They have a passion to play Basketball and to experience playing as pros was the Goal. They have accomplished this mission and are excited to be playing on the same team to top it off. The Big Baller way! pic.twitter.com/QOu6QCtMdf

“It’s not about the money for the Ball Brothers,” Ball tweeted, along with a photo of his sons signing contracts.

The Lithuanian basketball league confirmed the signing. LaMelo Ball was pulled out of high school at Chino Hills. The deals are for one year.

Previously, LiAngelo Ball made an appearance Tuesday on “TODAY” to discuss being arrested for shoplifting in China.

He said he didn’t realize it was “stupid” at the time.

WATCH: “It was horrible.” LiAngelo Ball talks to @nmoralesnbc about why he shoplifted in China and spending the night in jail pic.twitter.com/O9FABAHmDU

?We all went out one night, went to the malls, went to the Louis Vuitton store and, uh, people started taking stuff, and then, you know, me just not thinking and being with them, I took something too,? the 19-year-old basketball player said, adding, “You know how kids think.”

While Ball and his teammates did thank President Trump for helping to get them out of trouble at their first press conference back in the U.S., his father LaVar declined to do so time and again, resulting in a well-documented back-and-forth.

It started with President Trump on Twitter, asking the three UCLA basketball players to thank him for saving them from prison time in China.

The players did thank him in a press conference, but LaVar Ball questioned Trump’s role in it.

“Who? What was [Trump] over there for? Don?t tell me nothing. Everybody wants to make it seem like he helped me out,? Ball said, according to ESPN.

Trump, again emphasizing the serious of shoplifting, then called Ball “very ungrateful” in a tweet, saying “I should have left them in jail!”

LaVar Ball eventually went on CNN for a whirlwind of an interview best described by you watching it for yourself.

Donald Trump was not pleased with “father LaVar’s” CNN appearance.

Trump said that it wasn’t Ball, the State Department or the White House who saved LiAngelo Ball and two teammates from celebrating the next five to 10 Thanksgivings in China, “IT WAS ME.”

He also called Ball “a poor man’s version of Don King, but without the hair.”

…LaVar, you could have spent the next 5 to 10 years during Thanksgiving with your son in China, but no NBA contract to support you. But remember LaVar, shoplifting is NOT a little thing. It’s a really big deal, especially in China. Ungrateful fool!

In the second tweet, Trump criticized Ball for downplaying shoplifting — ?It wasn?t a big deal because being raised in South Central LA, I?ve seen harsher things,” Ball said on TV — and exclaimed that he is an “ungrateful fool.”

RELATED: LiAngelo Ball realized shoplifting was “stupid” after the fact

“LaVar, you could have spent the next 5 to 10 years during Thanksgiving with your son in China, but no NBA contract to support you. But remember LaVar, shoplifting is NOT a little thing. It?s a really big deal, especially in China. Ungrateful fool!” Trump continued.