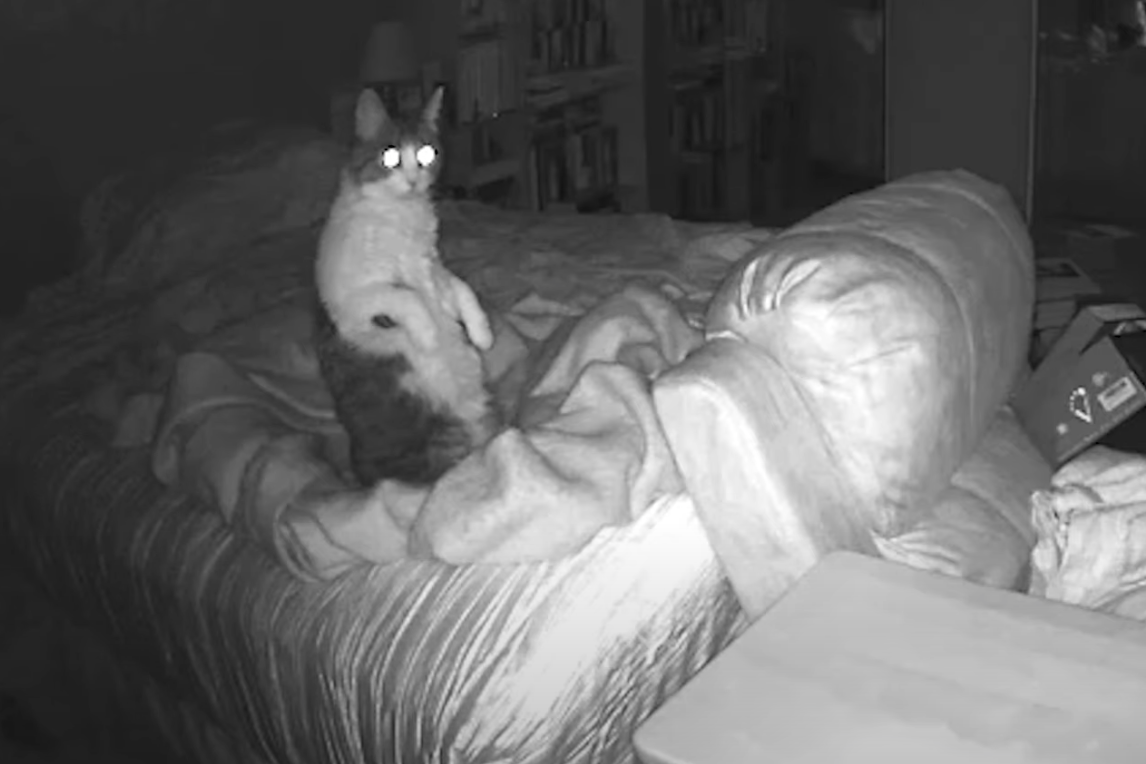 Halloween came early for a family and their poor, sweet kitties. When a mother and her adult child went on a short vacation they left their cats behind (don’t worry they’re responsible cat owners, a sitter checked in on them every day). While a home without humans probably sounds good to a cat, it becomes less appealing when there’s a ghost hanging around.

A Ghost Story Only Cats Can Tell

This might answer the question “Can cats see ghosts?” They’re spooky animals, after all. Black cats are one of the mascots of Halloween and meows are kind of creepy. It would make sense if cats could see ghosts and converse with evil spirits. If this video is any indication, however, not only can cats not see ghosts, the supernatural spooks them just like it spooks us.

The owner of the cats, and the YouTube channel, explained the whole story in the video’s description.

Hey everyone. This video was captured during a vacation my mom and I took during last December. We’ve been holding on to it for our own reasons. I know this is a channel based on film making so it’s easy to believe this was altered in some way. Our cats were very aggressive and on edge as soon as we arrived back home.

We checked our security camera to see if something unusual happened and to check the footage of our house sitter who is a good friend of mine. Nothing was found besides this disturbing clip.

Something is seen entering one of our rooms which really grabbed our cats attention. Soon after, something moved the door. The camera panned over to the wall and stayed there until we came home (the next night after this video was captured).

Everything was fine besides there were a few books on the floor and a few thick clumps of cat hair spread through out the hallway which is usually a sign of cat fights (which our cats don’t do). It would really help if you all shared this video so it can gain some attention so others can comment on what they see. Our two cats names are Calvin (one by the door) and Daisy (on the bed).

These poor cats definitely filled their litter box to the brim that night. Someone get these guys a whole bucket of catnip.

Were the Cats Just Seeing Things?

Who knows, but the shadow in that video is pretty compelling. Was it negative energy? A ghost? A ghost cat? It seems like something was there, though “IDK” is an acceptable answer as well. Regardless, according to the owner of the cats both of them attempted to sprint out the front door as soon as they got home from their vacation. Clearly there were some bad things, at least in the minds of the cats, hanging around that house.