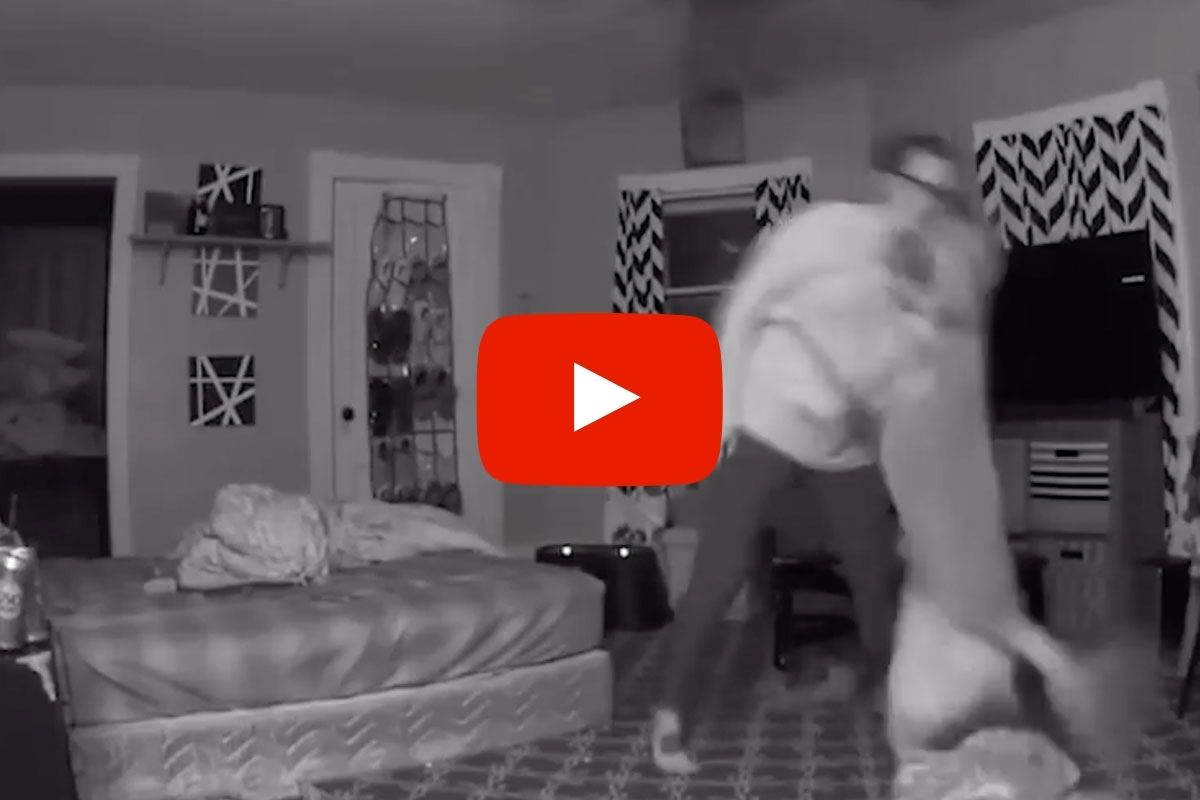 A drunk woman came home from a long and obviously at least somewhat successful night out and waiting for her was her loyal dog, who had to, as it turns out, become her impromptu caretaker as well.

22-year-old Hannah Quintus of Eagle Grove, Iowa came home pretty hammered and was getting ready for bed. Her pup, a sweet golden retriever, was just excited to see her. Hannah, it seems, was seeing like eight of this dog though. In the video, the girl stumbles and sways until, finally the pup has to lend a helping hand, er, paw.

The dog gets up on its hind legs and steadies his human as she starts to fall to the ground. Not only that, but the dog then puts her down on the bed.

All of this was caught on some sort of home security video or pet cam and eventually posted on social media. Presumably, this girl had a pretty good time watching this video the next morning.

Not the First Time We’ve Been Shown That Dogs > Humans

Because really, what would a human being have done here? Probably laughed and filmed and not helped at all as the girl ate it, hard, on the floor. And then laughed and filmed some more as she crawled around, totally unaware of where she was or what was happening. Then they would’ve posted the video to TikTok or something and have then been like, “lol look at my dumbass friend oh damn she just knocked her teeth gotta yeet this ho to the hospital lmaooooooo.”

Dogs are better people than people are.

Editors Note: This article was originally published on October 22, 2020.

Watch: Little Boy Crashes Toy Car in Snow, Calls it ?Piece of ****? and Stomps Away