Ciara Miller is telling her side of the story after a video of her yelling at a veteran about his PTSD service dog went viral.

A viral video shows Miller confronting the veteran to complain about his service dog in the middle of Kathy’s Crab House & Family Restaurant of Delaware City, Del. Miller expressed in a profane rant that she was “leaving because the food is nasty and there’s a dog.”

Following the incident, Miller told TMZ that a woman called her the n-word before the camera started rolling. She admitted that she wasn’t fond of the dog’s presence. She also did not bring up any racial slurs directed towards her in the video.

“It is unfortunate that some of the public are not familiar with federal regulations regarding service animals, which, in fact, do permit service animals into establishments such as grocery stores, public buildings and restaurants, giving aid and comfort to their masters in their time of need,” said Kathy’s Crab House & Family Restaurant in a Facebook statement. The restaurant promised to sponsor a fundraising event with Wounded Warriors in response. 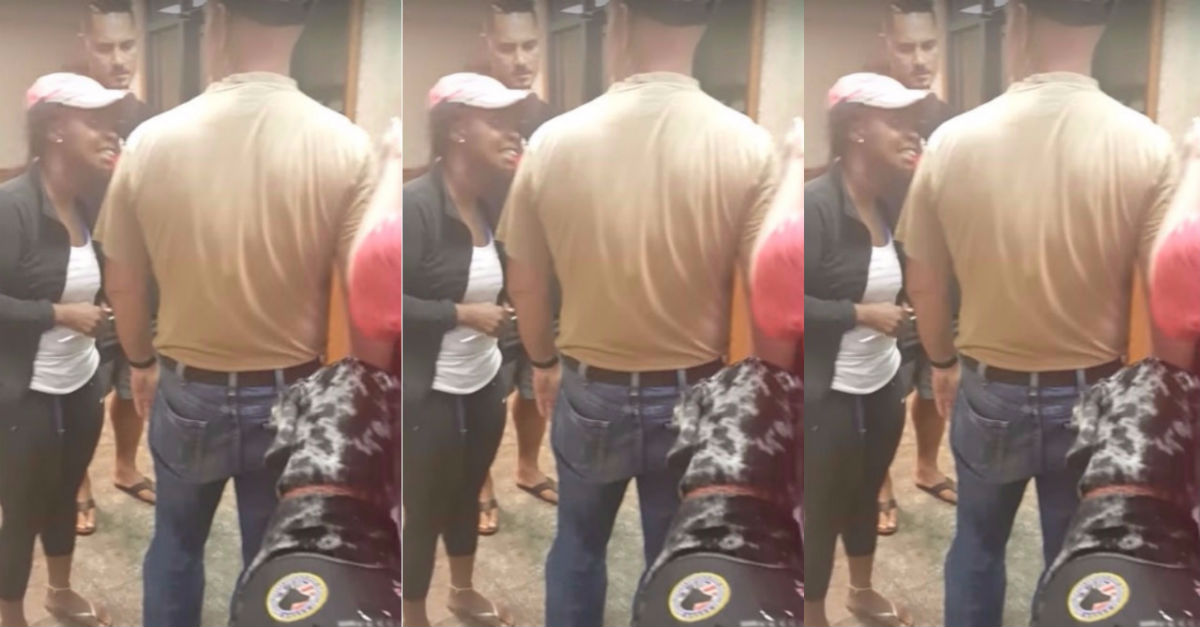