A crazy video recorded in Brooklyn, N.Y. by a train passenger is causing a stir on the internet and it’s not hard to see why.

An unidentified belligerent man who was drinking a Lime-A-Rita and dropping the n-word because “First amendment, first amendment” was forcibly ejected by train riders, who also gave him a taste of soup.

One train commuter, having none of the situation, actually hurled a cup of soup at the guy, who then got pushed on his backside. Why did it happen?

The man began verbally abusing everyone around by yelling that he was a “lawyer” who went to NYU and screaming “fk you” in a particularly aggressive manner. Then he rattled of a series of n-words. “I talk st because I know I can,” he said.

As PIX11 noted, the commuters kicked him off the train and a new controversy arose. The man’s bag was still on the train and he shouted “that’s my property.”

They did not allow him to retrieve his bag, but this did not deter him from trying. That’s when the soup came flying into view and he fell to the ground.

According to the Gothamist, a spokesperson with the NYPD said in a statement that there were no arrest records of anyone matching this guy’s description. 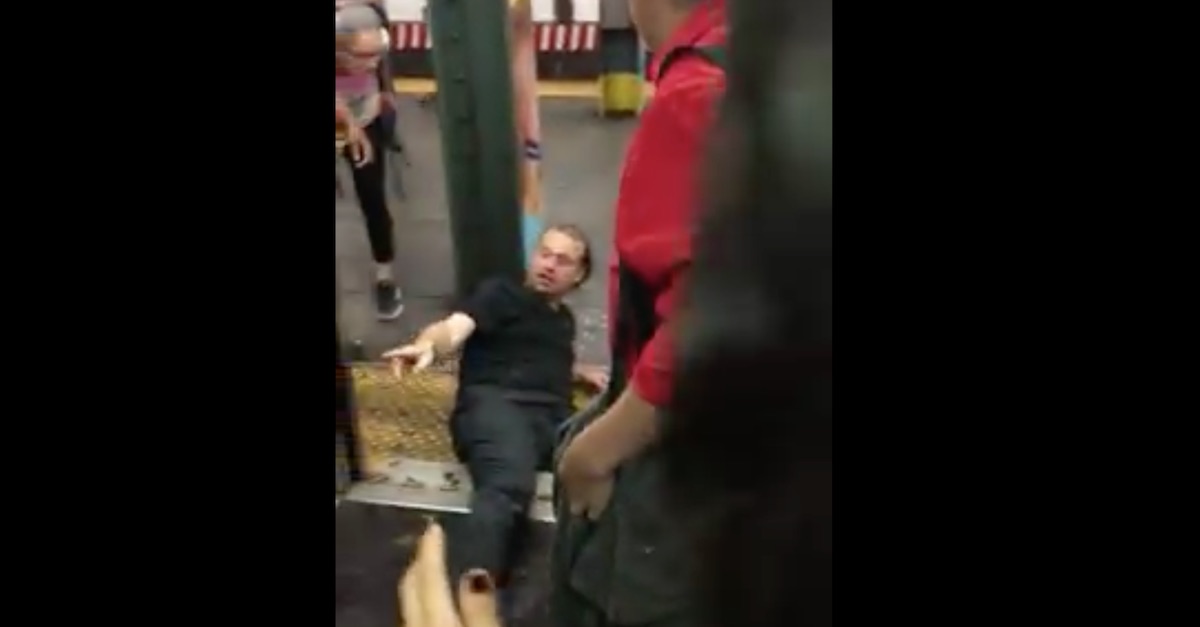