A Florida man stole a truck and led police on a lengthy chase that, as the Palm Beach Post reported, really had the cops “on the moooove.”

Gregory Walker, 50, was behind the wheel of the stolen vehicle and steered it through private property and cow pastures that, fortunately, spared any of the large creatures and the multiple officers in pursuit, from injury.

The Marion County Sheriff’s Office put a video of the chase on their Facebook page, and within three hours, it had received more than 8,000 views.

RELATED: Suspect leads police on an insane car chase and, once cornered, he doesn’t go down without a fight

On the post, the sheriff’s office wrote: “Walker refused to stop his vehicle, leading deputies and OPD officers on a lengthy pursuit that continued through northeast Marion County. At one point, Walker even entered private property and drove through cattle pastures, destroying several fences in the process.”

Once Walker’s vehicle was brought to a halt and he was taken into custody, he told police that he did it to give them “something to do.”

“Multiple stop stick deployments and the PIT maneuver by Deputy Sullivan ended the pursuit in the 3800 Block of NE 97th Street Road,” the Facebook post read. “While Walker was being taken into custody, he told deputies that he, “was just giving them something to do.” He was arrested on OPD charges and transported to the Marion County Jail.”

Over the course of one day, the video has received more than 25,000 views and a fair share of funny comments. 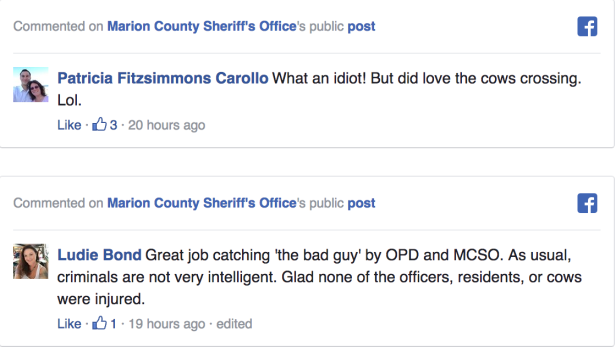 It’s going to be a costly joyride for Walker, who went through multiple fences and fields. He faces multiple charges, including larceny and resisting an officer without violence by fleeing. 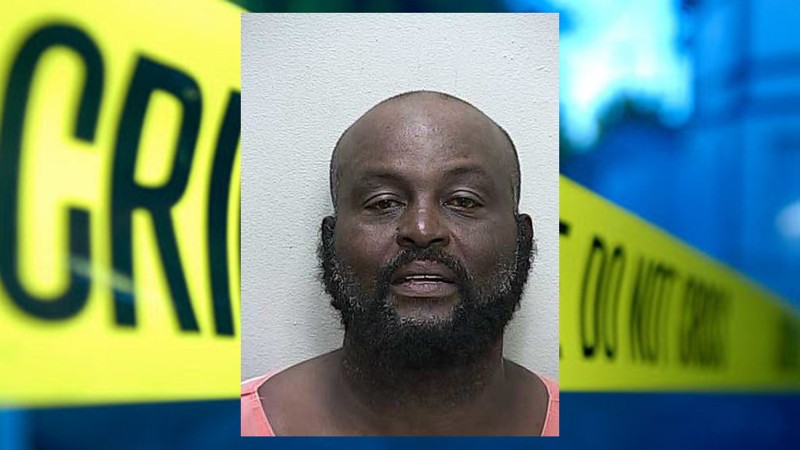