Warning: this video has language you might find offensive.

UPDATE: Despite our understandable skepticism about the legitimacy of this story, a Mr. John Consiglio of Pennsylvania has come forward for an interview with the Daily Mail to confirm that he’s getting a divorce, that, yeah, his wife Donna cheated on him and that, yeah, they have two kids. Also, it looks like our prediction about the potential of believable new information surfacing was wrong.

So, this man’s video is making the rounds on the internet. It shows the world how 18 years of marriage went down the drain as soon as a drone took flight and caught the man’s supposedly cheating spouse in the act.

RELATED: He found out his girlfriend was cheating on him — this is what he did to get back at her

There’s just one problem: it’s probably fake. Put another way, there’s not yet any proof that it’s real, and there’s money to be gained regardless.

But this aside, let’s hear from YouTuber YAOG, who uploaded this now viral video to his channel:

Used my drone to catch my wife meeting a guy at the local CVS. She had been getting called in early to work more often the past couple weeks, and then I got a call from someone telling me something was going on. I tried to follow her a couple times prior but both times she went to work, so I’m not sure if she was getting tipped off or I was just unlucky. So I took the drone up and that worked. Any questions you have ask in the comments. Thanks.

The supposedly screwed over husband yells as his drone hovers, “If you watch carefully, you’re going to be able to see 18 years go right down the f*cking drain.”

RELATED: He cried like a baby when he got caught cheating on his girl, but her merciless response was amazing

“Here she is taking her hair out. Great, make yourself look pretty for the guy you’re about to cheat on your husband with, right?” he says. “Yup, make sure your hair’s all nice. Is she brushing her hair? I don’t know what she’s doing. She’s making sure her hair looks all nice for this c*cksucker.”

“Eighteen f*cking years gone! Eighteen years and you just threw it away like that. We had a good marriage, I thought it was a pretty good marriage. Apparently not,” he says somewhat unconvincingly as his life goes from fine to shambles.

Let’s hear more from the uploader himself.

“Thanks for all the support” — money? “If you think I’m likeable” — because of the way you publicly handled your life going to hell? “I would appreciate it if you subscribed” — so more money can be earned?

You posted a video of your wife getting “caught in the act” and you’re 50/50 about a follow-up? Okay.

Prediction: There will be no “updates,” and there’s a zero percent chance of a confrontation video upload, at least not one worth believing. 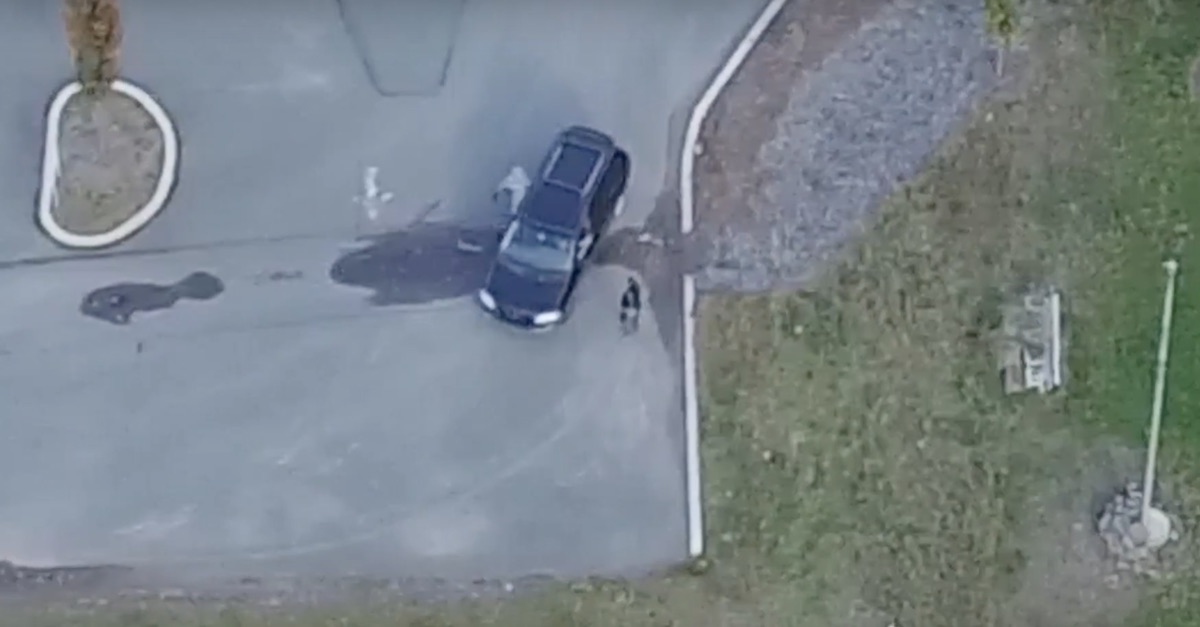