A group of boaters out enjoying Lake Tahoe’s waters in California on Aug. 20 were in the right place at the wrong time when golf ball-sized hail suddenly put them in harm’s way.

Video originally filmed by Trevor Ricioli and was later picked up by Caters Clips captured the moment he and some friends did everything they could took take cover on the water. People can be heard shouting, “We’re under fire,” and “Ow, that one hurt. It hit me in the side,” with a cut-off “Holy sh-” for good measure.

Caters filled in some details that might otherwise remain unknown.

Having headed out onto the waters to wake surf, Trevor said, the group were soon met with dark clouds; the hail stones started splashing in the waters before they even had a chance to pull anchor.

“Instead, the group hid and used whatever they had for cover — including seat cushions. Speaker covers were smashed, boards dented, and the hail ripped through the material on the seats,” the Daily Mail added,

Ricioli described the way he felt at the time as simultaneously excited and afraid.

“I was excited and a little scared at the same time,” he said, according to the Daily Mail. “It was an amazing display of power from Mother Nature, but at the same time, we had little shelter and were stuck out in the water.”

Ricioli said that there was no other option but to ride it out. They watched as trees were torn apart by the hail and even smelled the destruction.

RELATED: Stunning photo shows a man mowing his lawn in the shadow of a tornado without a care in the world

“We could even smell the pine trees as the branches were being destroyed. A crazy day on the boat, but glad I got to experience it,” he said. 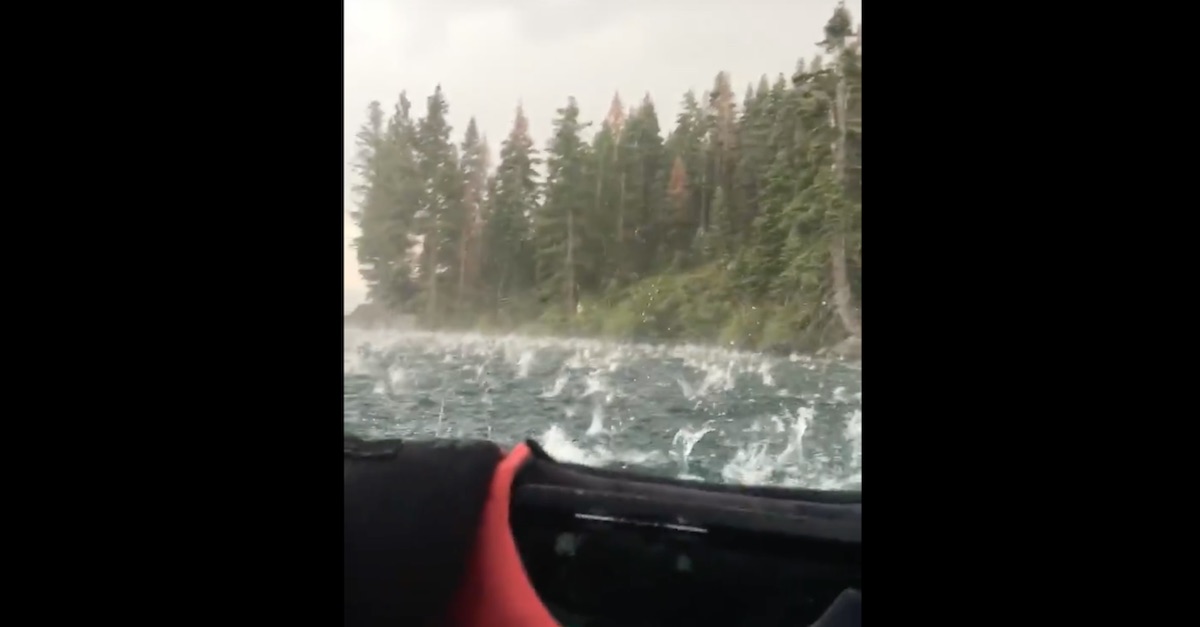