Now that sun has come up in Las Vegas, Nev., photos circulating on the internet show two windows on the 32nd floor of the Mandalay Bay Hotel where shooter Stephen Paddock, 64, allegedly hunkered down before opening fire on a crowd of thousands of people attending the Route 91 Harvest music festival.

Las Vegas Sheriff Joseph Lombardo told reporters early Monday that police believe Paddock set up platforms in the room from which to shoot and “used a device similar to a hammer” to smash the windows.

Two windows are seen blown out at Mandalay Bay after shooting that left at least 50 dead, 200 injured in Las Vegas. @reviewjournal #RJnow pic.twitter.com/0P812YRsZx

Photo shows two broken windows on the 32nd floor of the Mandalay Bay Hotel, where a gunman fired down on a music festival crowd of 22,000 pic.twitter.com/XGlzNKSwv8

It is not clear at this time exactly how long Paddock had allegedly planned this mass shooting or what could have motivated it. Nor is it known how he may have managed to carry in the weapons authorities say he brought to the hotel — at least 10 rifles and hundreds of rounds of ammunition — while remaining undetected. Police say Paddock killed himself before they got into the hotel room.

"It was like shooting fish in a barrel, there was no escape." CLE native, Russell Bleck, took this video during #LasVegas shooting @fox8news pic.twitter.com/e99u9MgPcR

More than 50 people were killed, and more than 500 were taken to hospitals. 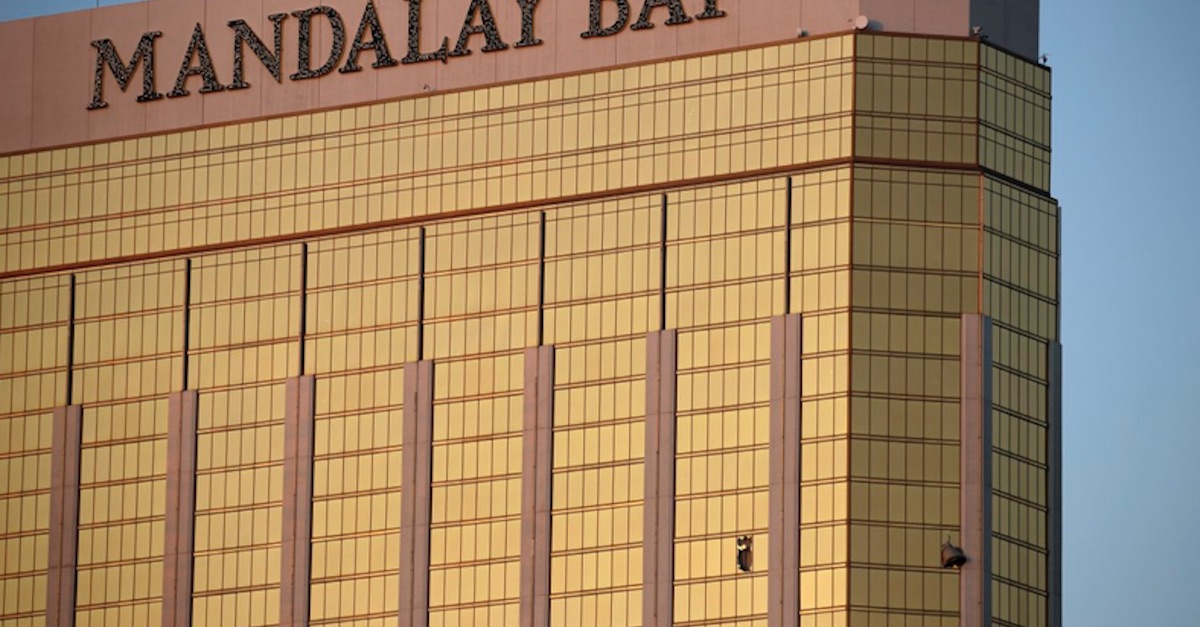