A Florida woman got a DUI while riding her horse, but the horse is about to get the consequences 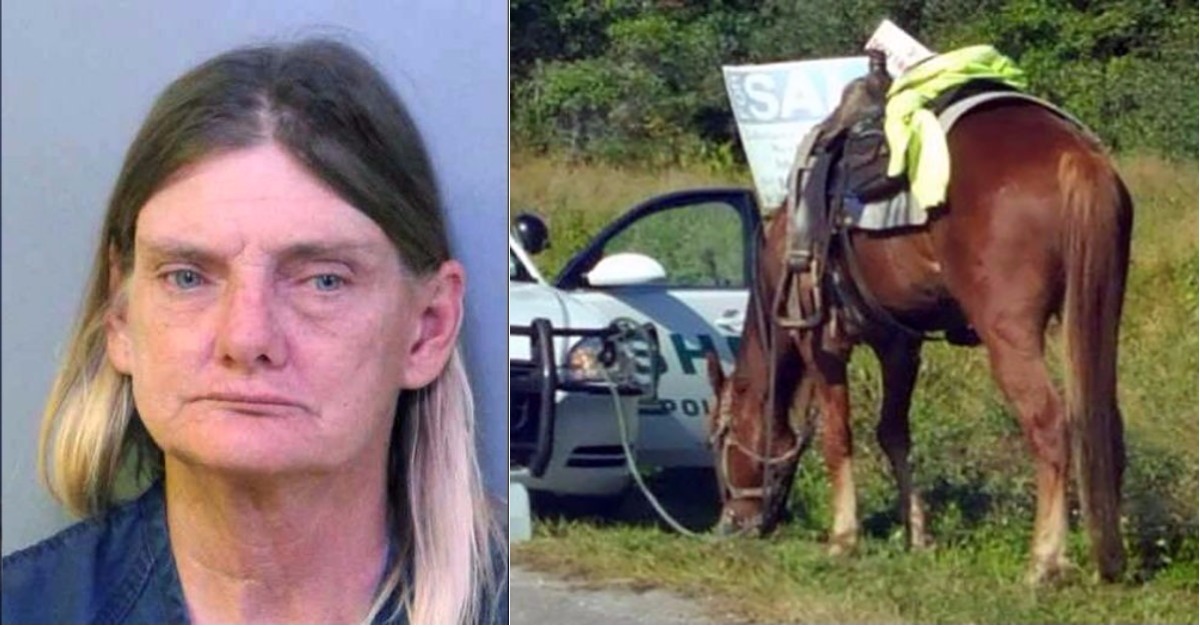 A Florida woman may wave goodbye to her horse after receiving a DUI on the animal.

Rare previously reported in November that Donna Byrne, 53, was arrested in Lakeland after a passerby told deputies in the Polk County Sheriff’s Office that her life was in danger. Deputies conducted a field sobriety test on Byrne, who was riding her horse in the road. Her blood alcohol content level was twice that of the legal limit.

She was charged with a DUI and animal neglect. Sheriff’s Office spokesman Brian Bruchey explained that the second charge came about as Byrne’s horse, later revealed to be named Bo Duke, was in “jeopardy of being injured or killed.”

Over New Year’s weekend, Polk County Judge Sharon Franklin ruled that Byrne was unfit to keep her horse and must forfeit custody of the animal. Bo Duke will remain in the care of the sheriff’s office.

Byrne’s attorney, Craig Whisenhunt, has taken issue with both the DUI charge and the ruling about her horse.

Whisenhunt decided to take on Byrne’s case pro-bono upon hearing the news while out of state, reported WFLA. He’s expressed issue with the DUI charge brought against Byrne, believing that a horse does not qualify as a machine quite in the same way as a vehicle. But as WFLA noted, “machines” can include things such as bicycles and mopeds.

“Whatever this is … it isn’t a DUI,” he said. “By law, a horse rider on the side of the road is to be treated as a pedestrian and a pedestrian can’t readily be DUI.”

“Ms. Byrne was obviously not in any condition to be on the road,” argued Sheriff Grady Judd after her arrest. “She not only put herself and the horse in danger, but also anyone who was driving on the road, which is typically very busy.”

“You can be sure of one thing. We’re going to arrest you for DUI if you’re weaving on your horse,” she later added.

RELATED: A man breaks an awful record with his latest drunk driving arrest

Whisenhunt will also address the custody of Bo Duke in a hearing scheduled for Jan. 11.

Since the incident, Byrne has stated that her life has been difficult.

“I feel like I’m under house arrest. I feel like I can’t go out,” said Byrne from a friend’s small Polk City apartment. “Some people are staring at me. I got some people that are wanting to pick a fight and I don’t want to go out there and fight anybody.”

She is certainly not the first to obtain a DUI while using a mode of transportation other than a car.

Kenneth Alleshouse of Port St. Lucie, Fla. received a DUI while driving his lawnmower drunk. The Port St. Lucie Police Department shared the incident on Facebook, saying that Allehouse was found to have a BAC level over three times the legal limit when he was pulled over for “driving erratically.”

A case of Budweiser was displayed on the side of the lawnmower.