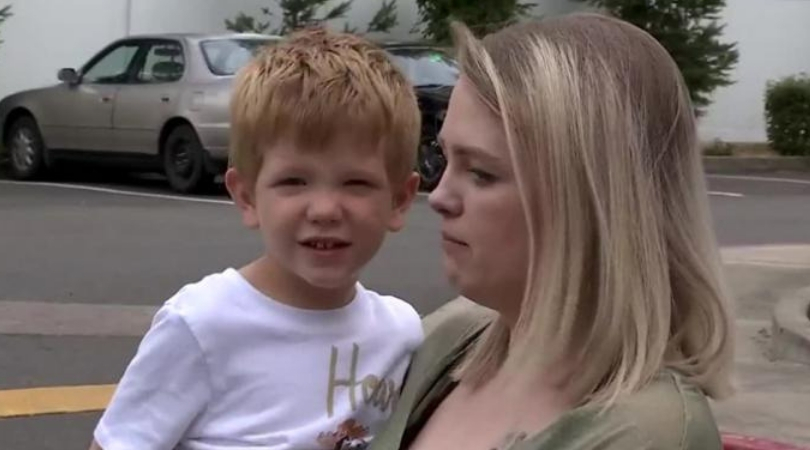 Via KALB
Via KALB

A mother in Washington, DC received the fight of her life after two strangers posing as Child Protective Service agents showed up at her house and tried to take her 4-year-old son away from her. Jessi McCombs of Marsville said the two imposters, a man and a woman, showed up to her home at 7:30 in the morning. The woman reportedly did all the talking while the man stood next to her.

The mother said the woman told her she was with CPS and she was there about her son’s injuries and needed to take him into protective custody. The couple was dressed professionally but confused at the situation, the mother immediately asked them to show their identification.

The woman refused to show any, which immediately raised a red flag for McCombs. Fearing they would forcibly take her son away, she began to panic since the “CPS workers” knew her son’s name and date of birth. McCombs then said she pretended to dial 911. The woman automatically jumped up saying they would go back later and left in a hurry down the stairs.

A spokesperson for the state Department of Children, Youth, and Families and Child Protective Services does not have any open cases involving McCombs. Through a statement the spokesperson noted,

Marysville police are currently investigating the case but stated they have not received any additional report of fake CPS workers attempting to take children in the city. The state’s CPS says law enforcement are always accompanied by staff, who always carry agency identification.