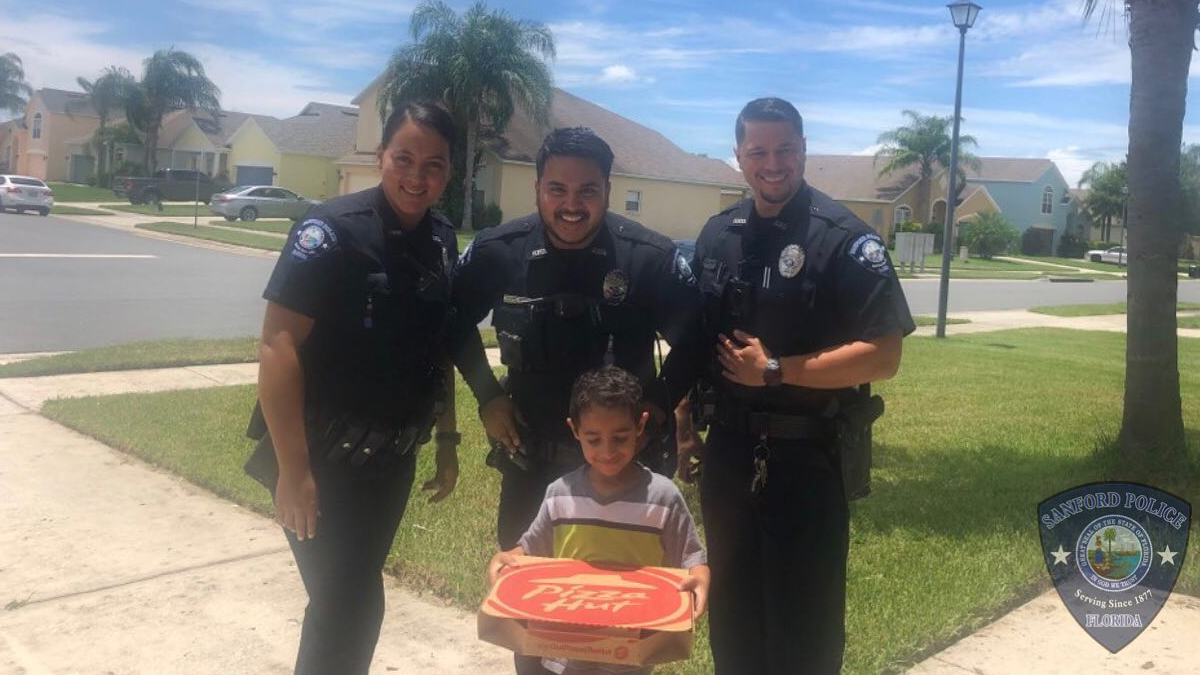 To little kids, 911 isn’t so much a public utility as it is a magical spell. You dial a number and people will come to get rid of bad guys, put out fires, and save lives? What!?! Really??? HOW! It’s only natural, then, that a little kid might get curious and want to test the limits of this enchanted phone number. Even if you tell the kid the number is for emergencies only, “emergency” is a subjective term and kids are dumb. It’s not their fault. They just haven’t been around that long. But still. That’s a low bar to clear in their minds.

A Sanford, Florida boy decided to do just that when he called 911 with a very real little kid emergency: he was hungry and wanted some pizza. After hearing a tiny child’s voice on the other end of a 911 call dispatchers sent Sanford Police Officers to the boy’s house to do a welfare check, just in case. Turns out the kid was fine. He was with his older sister and did what little brothers do. He got into some mischief that both frightened and annoyed her. Great work, kid.

Seeing this as a valuable opportunity to teach the little boy about what 911 is actually for, the cops sat him down and explained how to use it. (They also, presumably, told the sister to ignore her understandable urge to lock her brother in a closet until her parents got home.)

Then, because this is an ordeal for any little kid, the police went and got the boy a pizza and delivered it to him. They felt he deserved it for listening intently and learning his lesson. Aw.

Hopefully the kid did learn his lesson. Specifically through the words he was told, because based on actions these cops absolutely proved to the kid that calling 911 will get you free pizza. Though maybe the boy will be hesitant to call again because the pizza comes with a boring talk about responsibility and how to use the phone. The kid definitely learned that there’s no such thing as a free lunch.

This story was originally published August 6, 2019.

Watch: People are Putting Peeps on Pizza and They Should be Thrown in Jail