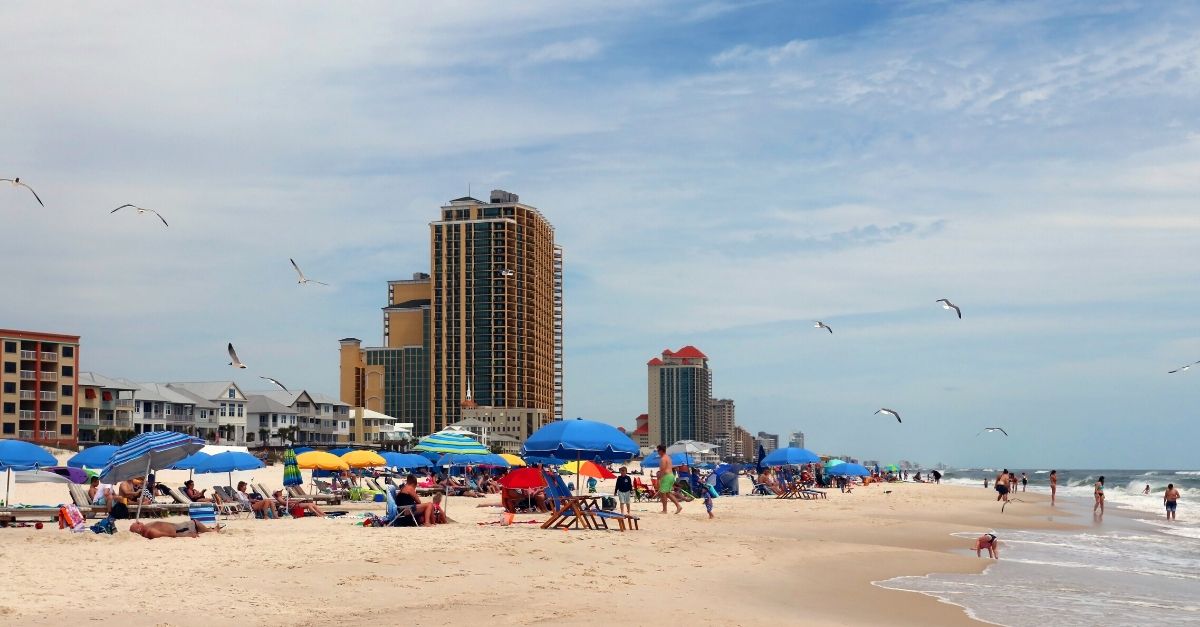 Oh look, what we expected to happen actually happened. What a shock, I am devastated, these poor kids. PFT. Yeah right, no, they get what they deserve. While all of us are hiding in, practicing our self-isolation and monitoring our health due to the Coronavirus pandemic, these idiotic kids are out and about doing what? Partying and ‘livin’ the life’ infecting us all by ignoring social distancing guidelines.

Yes, these dumb college students decided that it was a good idea to just go out and about in the open and party like it was the end of the world. Congratulations, you have all played yourself, children. In case you don’t know what I’m talking about, last week there were several reports of Florida beaches being pretty much packed by spring breakers.

This will end up being a major life lesson, because I guarantee you by now they have definitely realized this illness wasn't worth the little bit of fun they had partying. I just feel bad for their families at the people they passed this to before they were diagnosed.

Several of them took to social media to note that they are not canceling their trips because they had planned it for months and basically they had quite a busy year and they deserved it. So, they weren’t going to let the threat of the Covid-19 outbreak stop them from parting. So, not surprisingly enough, several of these beachgoers tested positive for the virus. Womp, womp, womp. Thank you for being dumb and putting us all at risk, you animals. Go thank Gov. Ron Desantis for your diagnosis.

According to health experts, five UT Students are currently recovering after testing positive during their trip. Though a statement released by the university, they stated they wished their students well but didn’t clarify as to where exactly they had gone or if they actually live on campus. Still, the university stated, ““We sincerely wish our students, and any others who may be affected, a full and rapid recovery.”

“If I get corona, I get corona. At the end of the day, I'm not gonna let it stop me from partying”: Spring breakers are still flocking to Miami, despite coronavirus warnings. https://t.co/KoYKI8zNDH pic.twitter.com/rfPfea1LrC

The recent diagnoses come as spring breakers were shown on the news downplaying the COVID-19 outbreak, which sparked viral criticism online despite CDC and local officials’ recommendations. A spring breaker at Miami Beach interviewed by CBS News stated, “If I get corona, I get corona. At the end of the day, I’m not going to let it stop me from partying.I’ve been waiting, we’ve been waiting for Miami spring break for a while. About two months we’ve had this trip planned, two, three months, and we’re just out here to having a good time.”

Public Health Officials in Florida reported more than 760 cases, with a total of 13 deaths due to the virus. More than 15,000 people have died worldwide with at least 200 in the United States.

Our grandparents were asked to go to war we asked these assholes to stay home on the couch and they can’t even do that.

Luckily for us, the University of Tampa, along with numerous other schools across the U.S., decided to switch all of their classes online off-campus, but resident halls are still open for UT students.

Hey people, be smart, please stay inside and practice social distancing. The Coronavirus outbreak isn’t a joke. The last thing we need is a total lockdown.

We hate to say we told you so, but…

A similar situation occurred in Alabama after a group of students from the University of Wisconsin-Madison also tested positive. What did they do? The same thing as the students above. They decided to go on a Spring Break trip to Alabama’s beaches. According to the the University Health Service, a “cluster of COVID-19” cases popped up relating to a trip to Gulf Shores.

The trip involved fraternity and sorority members who started their trip to Nashville around March 13 and then moved down to Gulf Shores in Alabama on March 16. UW Madison’s Health Services is now asking anyone who went on the trip, whether they have symptoms of the virus or not, to shelter in place and observe a 14-day self-quarantine.

The incident is a reminder of the vital importance of taking seriously the warnings of public health authorities on the risks of becoming infected with COVID-19 and spreading it to others.

In Texas, the Austin Public Health Department is also investigating students who tested positive for COVID-19 cases that involve a large group of young adults who returned from a Spring Break trip to Cabo San Lucas, Mexico. Approximately 70 people in their 20’s departed in a charter plane for Mexico.

Some of the group returned on separate commercial flights. APH stated 28 young adults on the trip tested positive for the Coronavirus and a dozen more are under public health investigation. Four of the confirmed case didn’t present any symptoms. UT Health Austin, Austin Public Health and University Health Services have made contact with every spring breaker on board the airplane using flights manifests from the CDC. According to the University of Texas, many of spring breakers involved were UT Austin students.

The 28 confirmed case are now self-isolating while others are under quarantine while being tested and monitored. Nearly half of those testing positive for VOVID-19 in Austin Travis County are between the ages of 20 and 40. The Department of State Health Services has officially been notified.