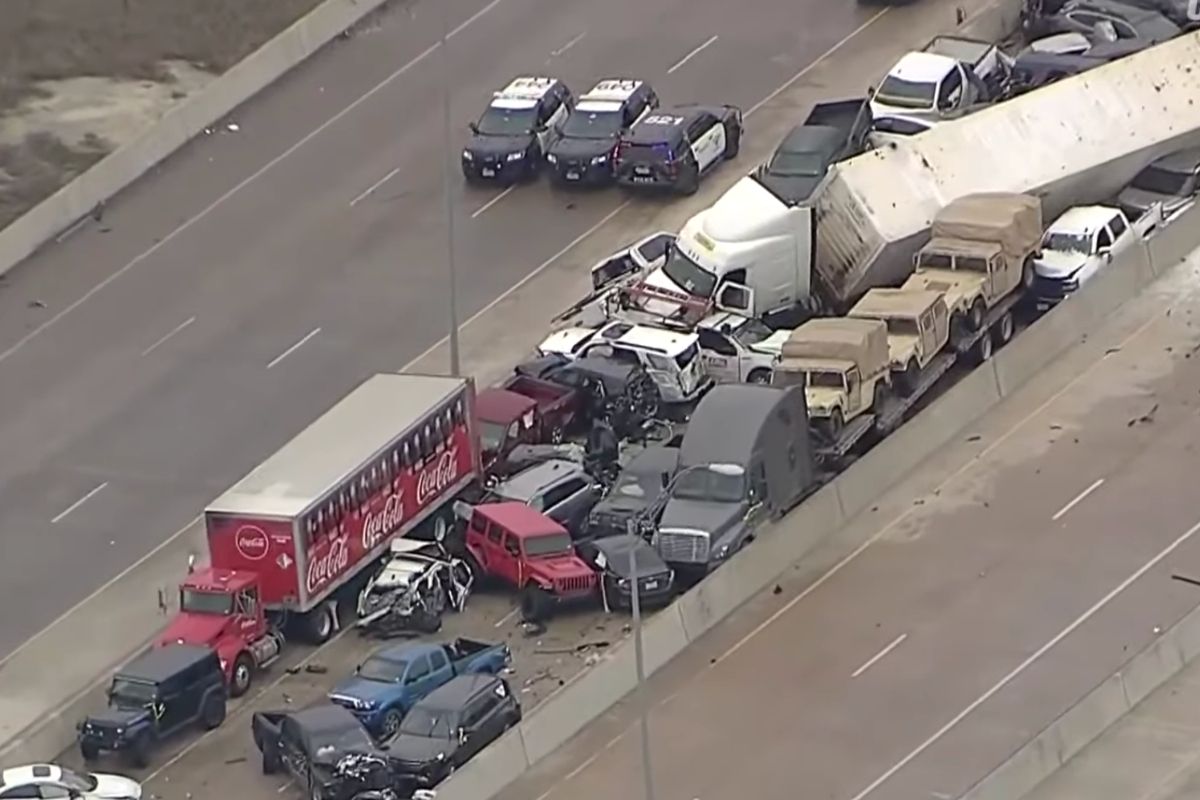 At least five people were killed and a dozen injured on Thursday morning in a massive crash involving 75 to 100 vehicles on an icy Texas Interstate. According to police, the vehicle pileup happened due to a winter storm that dropped freezing rain, sleet, and snow on several parts of the US. At the scene of a crash on Interstate 35 near Dallas- Fort Worth, a heavy tangle of trucks, cars, and semi tractor-trailers crashed into each other and had turned every which way, with some vehicles stuck on top of each other. According to spokesman MedStar, Matt Zavadsky, “The vehicles are just mangled. Multiple tow trucks are on the scene. It’s going to take a lot to disentangle this wreck.”

Zavadsky stated that 36 people were taken to the hospital from the crash, several with critical injuries. The Fort Worth Police department and The Fort Worth Fire Department did set up a reunification Center for family members at a nearby community center in North Texas. Zavadsky noted that the roadway was “trenchers from the ice at several of the First Responders were falling on the scene.” Police in Arlington say that they responded to 82 crashes there before 9 a.m. and in Dallas, three people were killed and another hospitalized in critical condition in two separate collisions around midnight.

In Austin Texas, there were also more than two dozen vehicles involved in a massive pile-up on an icy road, and one person was injured. Ice storm warnings are now in effect from Arkansas to Kentucky, and another winter storm is predicted to bring snow to the Mid-Atlantic States, according to the National Weather Service. More than 125,000 businesses and homes are without electricity on Thursday morning, largely in West Virginia and Kentucky, according to poweroutage.us.

Officials in Central Kentucky are urging its residents to stay home due to the icy conditions. Kentucky governor and Beshear said state offices will be closed due to the terrible weather. He declared a state of emergency saying that he would free up funding and help agencies coordinate as they respond to several reports of slick roads and downed power lines. A winter weather advisory remains for several Texas counties.

NEW: Fort Worth pile-up involves more than 50 vehicles w/multiple patients involved, but no firm number of casualties yet.

FD tells @kaylamc1 the concern now is hypothermia. A warming bus is on scene as firefighters are still in process of trying to extricate people. pic.twitter.com/3EkC2933sR

Watch: Don’t Warm Up Your Car Before Driving On Cold Winter Mornings