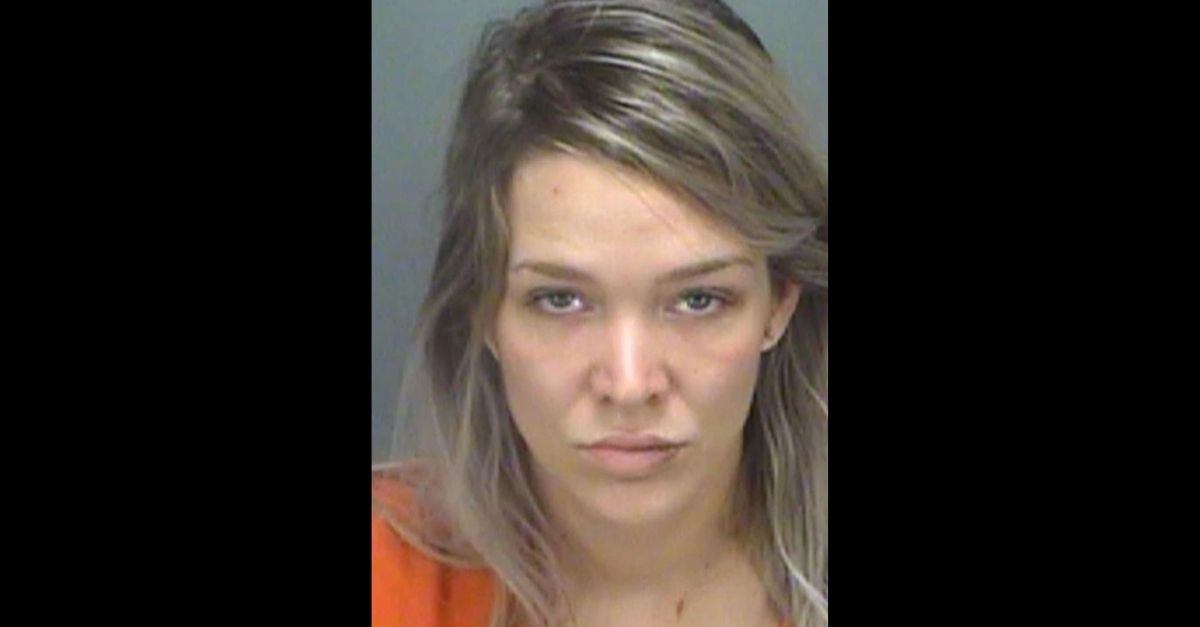 A typical kidnapping story normally (not that kidnapping should ever be normalized) can be explained by a range of motives. Single parents could be trying to get their kids back, a pedophile could be on the prowl, or people could have some sort of mental illness that eventually led them to somehow kidnap kids. I’m sure a motive for this kidnapping story will become evident eventually, but the facts are still so bizarre.

A Florida woman, 28-year-old Hannah Braun, was arrested for an attempted kidnapping in the city of St. Petersburg. Around 2:00 am on a Tuesday morning, she was caught by a Ring doorbell camera knocking on the front door of her neighbor’s house. It’s not clear who let her in, but the doorbell footage shows that she announces herself and was let in.

According to the St. Petersburg Police Department, once inside, Braun attempted to take her neighbor’s 9-month-old baby out of the arms of his 12-year-old sister. Suddenly, the child’s mother, Amber, woke up and intervened just in time to stop the attempted kidnapping, “She’s standing in my living room, talking about, ‘I’m just here to get the baby. I’m trying to protect the baby,’” said Amber.

Braun was charged with not only attempted kidnapping but also burglary and child neglect because the facts just get even weirder.

Not only did another neighbor say that Braun tried to kidnap his 1-year-old daughter from his house that same night, but Braun has two kids of her own that she allegedly left at home alone. “She said she was taking care of babies here. … She wanted this baby,” Thelma Reynolds, the 1-year-old’s grandmother told WFLA.

So just to sum it up, a woman with two kids, left them at home in the middle of the night to go to her neighbor’s home to kidnap her neighbor’s child. And that was the second time she had attempted that.

I have so many questions here.

My first one is who let this lady in? If the child’s mother was already asleep, what was a 12-year-old child doing up at 2:00 am holding a 9-month-old baby? Secondly, did the other neighbor let her in too? Is the city of St. Petersburg just such a friendly place that neighbors casually let each other into each other’s houses at, again, 2:00 am? And lastly, of course, what was this lady on that caused her to leave her two young children at home while she went to go kidnap other children?

I feel like there were drugs involved, which is so messed up to think about since the care of babies is involved. All I know is that I will cause great bodily harm to anyone that tries to kidnap my own child. I mean, it really takes someone crazy to not only attempt to kidnap other children, but also inflict child abuse on her own at the same time.