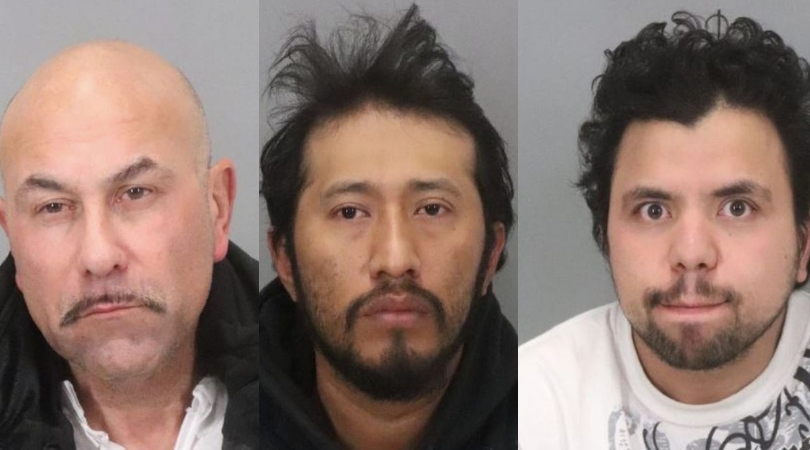 I can’t believe I’m saying this, but thank God for social media apps. Turns out a 14-year-old girl, who was kidnapped and sexually assaulted, was able to alert her friends by using Snapchat, which allowed them to pinpoint her exact location.

According to San Jose police, the victim’s friends immediately called 911 and officers responded to a suspicious motel in San Jose. Authorities were able to find 55-year-old Albert Thomas Vasquez as he was leaving the motel room. Police stated the girl was still inside the room.

Vasquez was arrested and booked into Santa Cara County Jail on felony charges of kidnapping to commit rape, false imprisonment, digital penetration of a child under 14 years with force, lewd act with a child 14 or 15 years with force and rape by intoxication or controlled substance. He is currently being held without bail at the Main Jail in San Jose.

A 14-year-old girl who was kidnapped and sexually assaulted was able to alert her friends using Snapchat, San Jose police say. https://t.co/oCWuZ3kpYd

Vasquez told the San Jose Police Department he met the girl in Capitola, gave her drugs and she became incapacitated. That is when the man called suspects 31-year-old Hediberto Gonzalez Avarenga, and 34-year-old Antonio Quirino Salvador for “assistance.” The three men placed the girl in their vehicle against her will, where Vasquez sexually assaulted her before they all drove to the motel. The suspects then carried the girl in a second-floor motel room where once again, Vasquez sexually assaulted her.

Avarenga and Salvador were arrested the following day and booked into Santa Clara County Jail on felony charges of conspiracy and kidnapping. Salvador is being held at the Elmwood Correctional Facility on $150,000 bail. It is unclear where Avarenga is being held.

A Snapchat spokesperson stated the company has seen the “Snap Map” used for similar purposes in the past. Snapchat developers reassured that a user’s “Snap Map” location can be shared with friends of the users choosing, and only updates when the app is open.