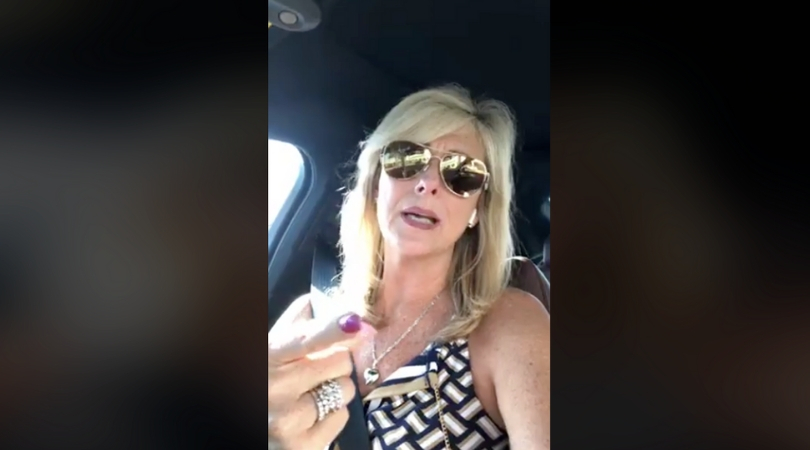 A woman from St. Petersburg, Florida shared her terrifying experience online, stating men followed her around Publix, her neighborhood grocery store located in Tampa Bay. The woman warned her followers, stating this was a potential human trafficking tactic after the man was recording her with his cell phone the whole time she was inside.

Scared and uncomfortable, Lynne Knowles decided to purposely go down an aisle man don’t normally go to but said he followed her there as well. She decided to confront the stranger, asking him loudly what he wanted, but he quickly left the store. Afraid of the outcome, she decided to run outside the parking lot for safety but realized there were two other men waiting in the parking lot with the man as well.

Since then, she decided to share her story on Facebook, where several friends came forward with similar stories. Many believe this may be a tactic used by human traffickers in the West Central Florida Region. Knowles’ 3-minute video has been watched by more than two million times.

According to the National Human Trafficking Hotline, in 2017, there were 8,524 cases of human trafficking reported. California is the highest reported state, followed by Texas and Florida, with the highest types of trafficking being sex trafficking and labor trafficking. Since 2007, there have been a total of 40,200 cases reported, meaning the issue is clearly a growing threat, which is why Knowles believed it was important to share her side of the story.

Human Trafficking expert, Dr. Kimberly Mehlman-Orozco stated cases of convicted human traffickers and kidnapping are very rare. Although it’s a growing threat and should be addressed, it should be through fact-based education and not a viral post on social media. Why? Human trafficking happens in real life, and people are generally misinformed due to fear.

According to Orozco, human traffickers usually appear extremely kind and knowledgeable. They act and speak on par with their targets, typically kids in their early teen years. The incident does not happen overnight or in a matter of seconds or minutes. Rather, it usually takes the trafficker as long as a year or two before taking their victims away. Traffickers usually find someone vulnerable, either at a school, shelter or on social media. They then lure their victims through false promises, deception and coercion, and faux relationships. In a way, these individuals use their trust to get their victims.

According to experts, potential red flags for human trafficking situation include: