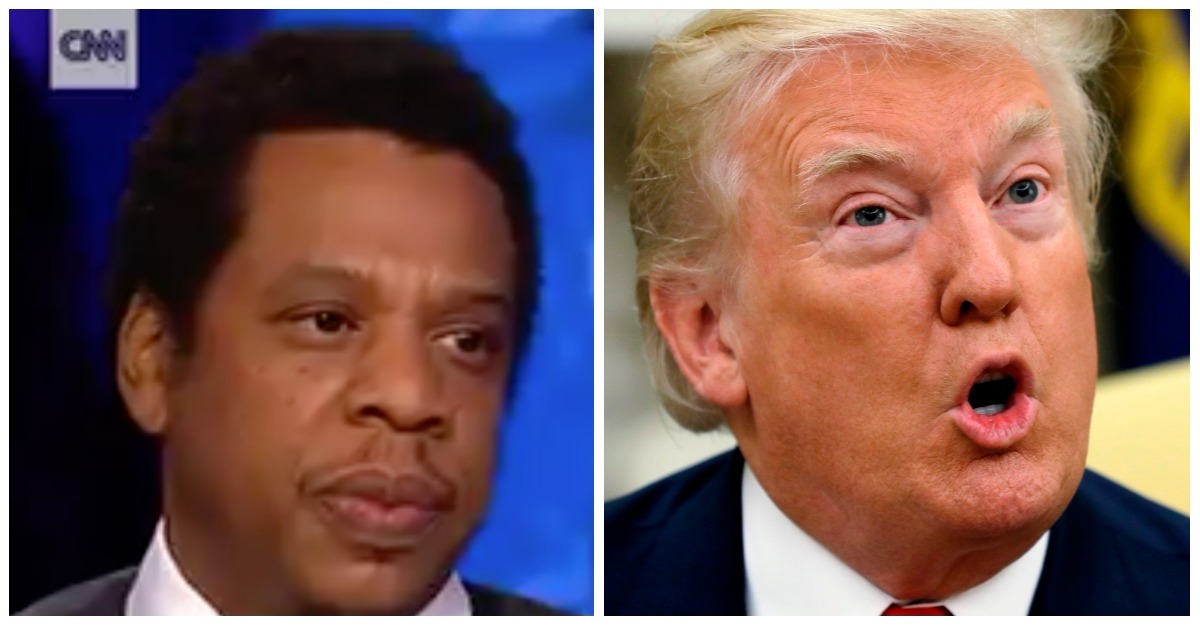 After hip hop artist Jay-Z went on “The Van Jones Show” Saturday on CNN and responded to “sh*tholes” by calling President Donald Trump a “superbug,” he said said that putting money in the pockets African-Americans through a surging economy doesn’t excuse disparaging remarks because “money doesn’t equate to happiness.”

"Everyone feels anger, but after the anger it's really hurtful. … he's looking down on a whole population of people, and he's so misinformed," JAY-Z slams Trump's "shithole" comment.

“Everyone feels anger [about the reported ‘sh*thole’ comments], but after the anger it’s really hurtful because he’s looking down on a whole population of people and he’s so misinformed because these places have beautiful people,” Jay-Z said. “You don’t take the trash out. You keep spraying whatever over it to make it acceptable and then, you know, as those things grow, then you create a superbug. And then now we have Donald Trump, the superbug.”

“Donald Trump is a human being, too. Somewhere along his lineage something happened to him […] and he’s in pain and he’s expressing it in this sort of way,” he continued.

Trump reacted to the CNN interview early on Sunday.

Somebody please inform Jay-Z that because of my policies, Black Unemployment has just been reported to be at the LOWEST RATE EVER RECORDED!

“Somebody please inform Jay-Z that because of my policies, Black Unemployment has just been reported to be at the LOWEST RATE EVER RECORDED!” he tweeted.

Trump followed that with another tweet about the state of the economy.