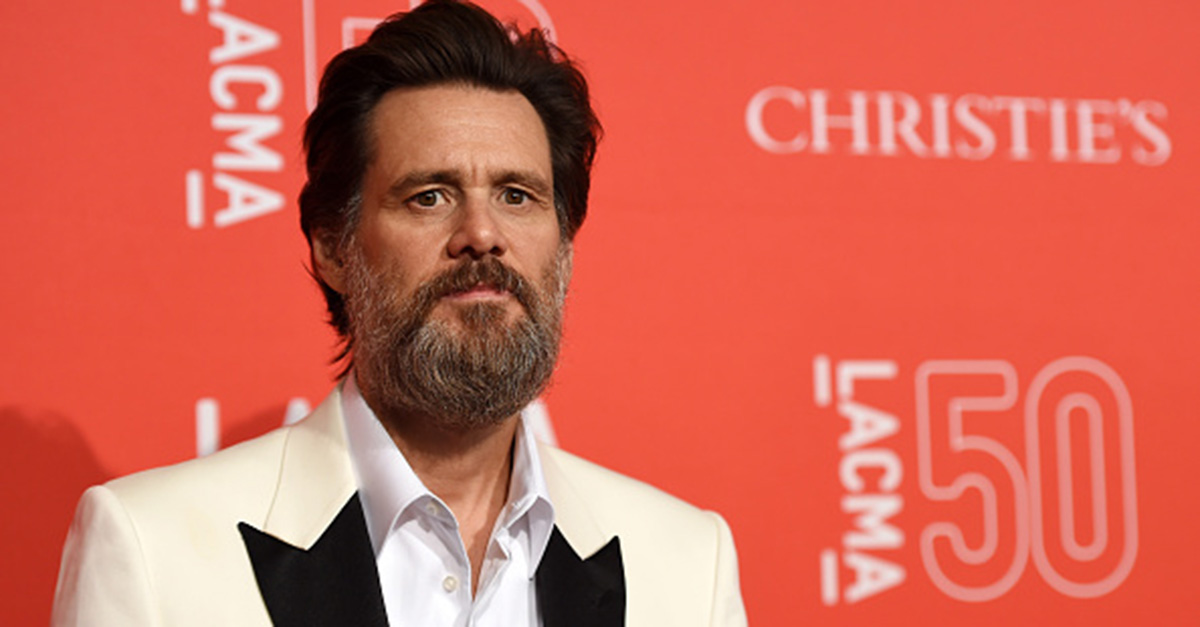 Actor Jim Carrey was asked by Entertainment Tonight when a comedian knows he or she has crossed the line, a question arising from the Kathy Griffin controversy.

“I think it is the job of a comedian to cross the line at all times — because that line is not real,” Carrey, 55, told ET’s Leanne Aguilera on Wednesday night at the premiere of the new Showtime comedy “I’m Dying Up Here.”

“If you step out into that spotlight, and you’re doing the crazy things that [President Trump is] doing,” Carrey continued, “we’re the last line of defense. And really, the comedians are the last voice of truth in this whole thing. It’s impossible to get away from it.”

RELATED: Barron Trump was reportedly very disturbed by the bloody photo of his father’s severed head

Griffin was excoriated for the photograph of her holding a fake bloody, severed head that was supposed to be that of President Trump. Griffin was later fired from her New Year’s Eve hosting role by CNN.

That’s not all Carrey, who is sporting a long, thick beard, had to share about President Trump. He revealed a dream he had recently about the commander in chief.

RELATED: Donald Trump, Jr. fires back at Jeopardy! champ over his sarcastic tweets about Barron

“I had a dream the other night I was playing golf with Donald Trump,” Carrey told ET. “I was standing beside him with a club in my hand, and I was considering my options when I suddenly woke up. It was one of those dreams where you just want to get back to sleep so you can finish it, you know?”

Carrey did not share if the dream continued when he fell back asleep — or how it ended if it did.

Carrey is the executive producer of “I’m Dying Up Here,” which premieres June 4 at 10 p.m. ET on Showtime.