On the eve of the Academy Awards, actress Jodie Foster and some of her fellow celebrities spent their weekend at a rally protesting President Trump’s executive order on immigration, saying, “This is our time to resist.”

RELATED: Democrats go after President Trump, call him “incompetent” and a threat to Americans’ safety

She continued by saying, “We’ve all been here before. We’ve seen these signs before. We know that the first attack on democracy is an assault on free expression and civil liberties and this relentless war on truth. And unfortunately, sadly, it’s too familiar because history repeats itself.”

Lastly, Foster urged everyone to resist and reminded them that “the White House is our house.”

“No matter where you’re born and no matter who you voted for, red or blue, whether you’re white, black, or brown and all the identities of the identity rainbow — this is our time to resist,” she said. “It’s our time to show up and demand answers. It’s our time to tell our elected officials to do their job. That we will not accept ineptitude, chaos, and warmongering.”

RELATED: George Clooney rips Trump in his César Awards acceptance speech without ever mentioning his name 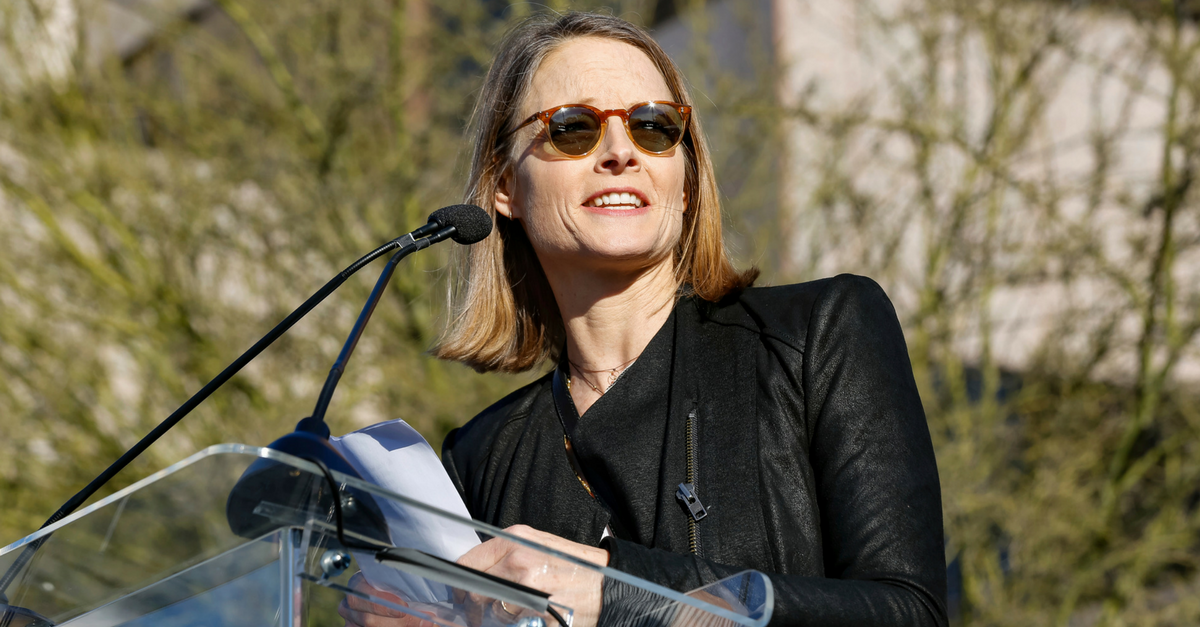