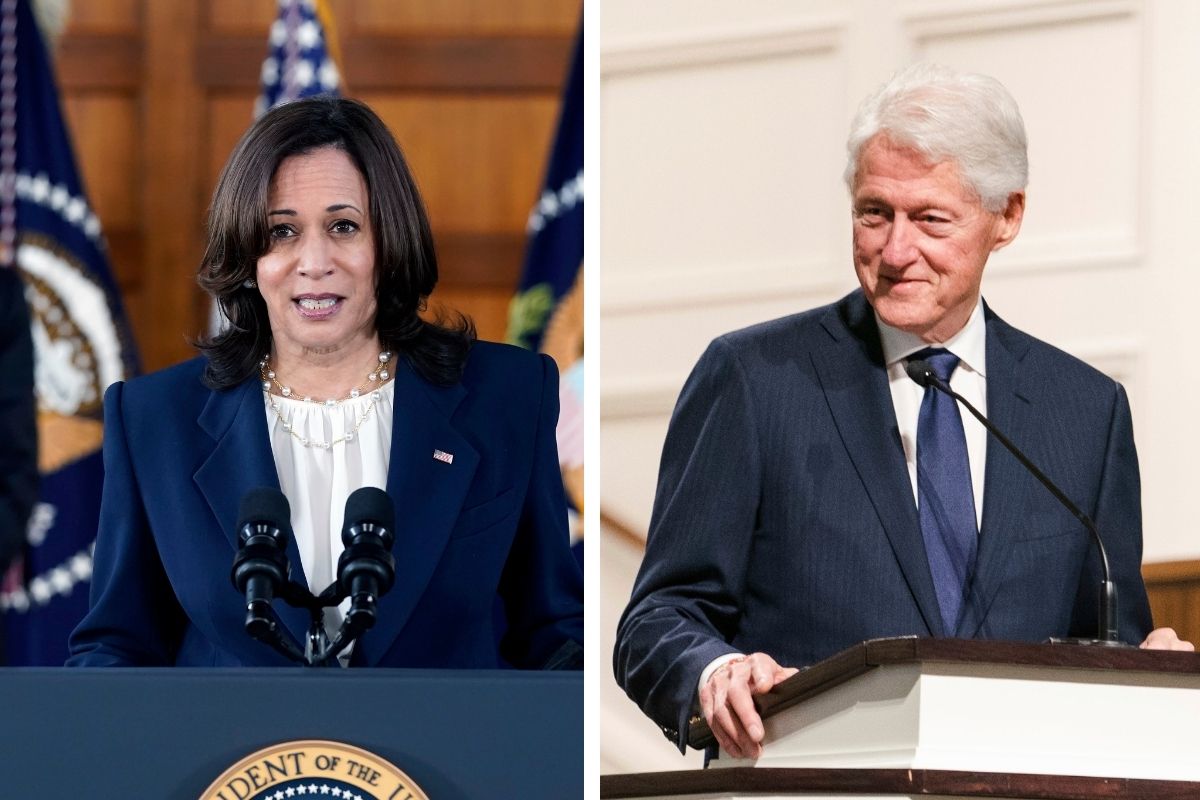 People have been raising questions and objections as Vice President Kamala Harris announced that she will be holding a joint discussion on “empowering women and girls” with former President Bill Clinton at Howard University in Washington, D.C. Clinton has been accused of sexual misconduct by multiple women in the past, and many wonder what the point of having this empowerment virtual event is with his participation in it.

The Clinton Foundation announced that the discussion would take place during a virtual event for college students all over the globe, who will also hear from speakers such as Mayor Muriel Bowser, former Secretary of State Hillary Clinton, her daughter Chelsea and Georgia Democrat Stacey Abrams. The foundation described the discussion as, “A one-on-one conversation with President Clinton and Vice President Kamala Harris on the impact of the COVID-19 pandemic on women, and empowering women and girls in the U.S. and around the world.”

Along with the sexual allegations made against Clinton, others were questioning Harris’ previous advocacy surrounding #MeToo and Supreme Court Justice Brett Kavanaugh. And this event seemingly has stemmed from Harris receiving criticisms for her relative silence about the recent sexual accusations made against New York Gov. Andrew Cuomo.

Juanita Broaddrick, who had accused Clinton of sexual assault and sexual harassment in the past, commented on social media about the event, saying on Twitter, “Is this a f—–g joke? This pervert …….. who raped me,” and had asked if Howard University wanted to include her in the discussion in another tweet that featured a picture of her book cover, saying, “I wonder if @HowardU would like to include me in their empowering women event with Bill Clinton to discuss this?

I wonder if @HowardU would like to include me in their empowering women event with Bill Clinton to discuss this? pic.twitter.com/uMZTCNsGOh

To “empower women,” Kamala Harris and Howard Univ will promote a man that no sane father would want anywhere near his daughter, Bill Clinton… https://t.co/0kWaYgqcGc

The Clinton Foundation told Fox News, “For 20 years under the direction of President Clinton, the Clinton Foundation has worked to empower girls and women around the world. The Clinton Global Initiative has launched thousands of commitments to improve lives: empowering more than 13 million girls and women through job and leadership training; improving maternal and child health care access for more than 114 million people; and increasing opportunities for women in STEM education and careers.”

The vice president’s office and Howard University have yet to comment.