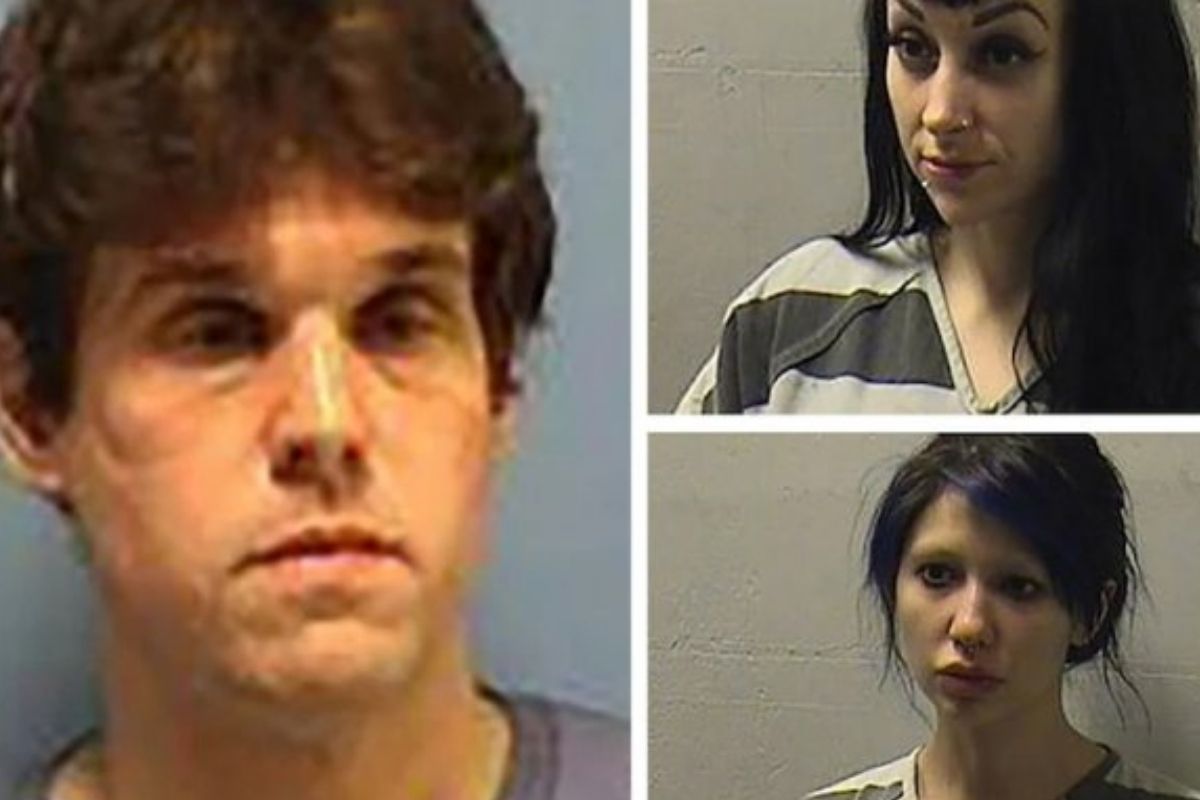 Here I was thinking that I have seen it all. Turns out a gross Louisiana priest was arrested for obscenity charges last October after being caught having sex with two dominatrices on the altar of his church. Talk about passion of the Christ. According to authorities, a passerby in Pearl River, Northeast of New Orleans, called police on September 30th after allegedly viewing Rev. Travis Clark through a window — engaging in carnal acts with two high-heeled, corseted women. The 37-year-old reverend was also partially dressed in his priestly attire. Now, they’re being slapped with vandalism charges.

Allegedly, the trio had set up the stage lighting for their sexual exploit and appeared to be recording themselves on a cell phone. According to The New Orleans Advocate, the witness stated that they became suspicious when they noticed a light at Saints Peter and Paul Roman Catholic Church on late at night. And what the witness peeped, let’s just say, left no room for Jesus. The dirty deed was then recorded and shown to the police. Honestly, the concerned citizen sounds a bit like a Peeping Tom… but no, seriously, you are not supposed to have threesomes in church.

As expected, the Archdiocese of New Orleans suspended Clark the day he was arrested. Town council member Kat Walsh stated ?What upsets me is, why did he have to do that there? I?m upset for all of us, the parishioners of the church. Why there?? In regards to the church altar, Archbishop Gregory Aymond said he went to the church days later for a church ritual to restore the altar?s sanctity. Apparently on the same day of the arrest, another New Orleans priest, Rev. Pat Wattigny, revealed that he had allegedly sexually abused minors in 2013. He was then removed from the ministry immediately.

Clark had taken over the chaplain position at the high school for Wattigny after he had resigned last summer over some alleged inappropriate text messages with a student. Yikes. Looks like the Archdioces of New Orleans is in serious need of an internal. overhaul. Following Clark’s X-rated congress, the church?s altar was burned and a new one was consecrated. But it will take a lot more than ritual to rid the church system of perverts.

Editor’s Note: This article was originally published on October 9, 2020.

Watch: Man Crashes into Church, Sets it on Fire With Parishioners Inside