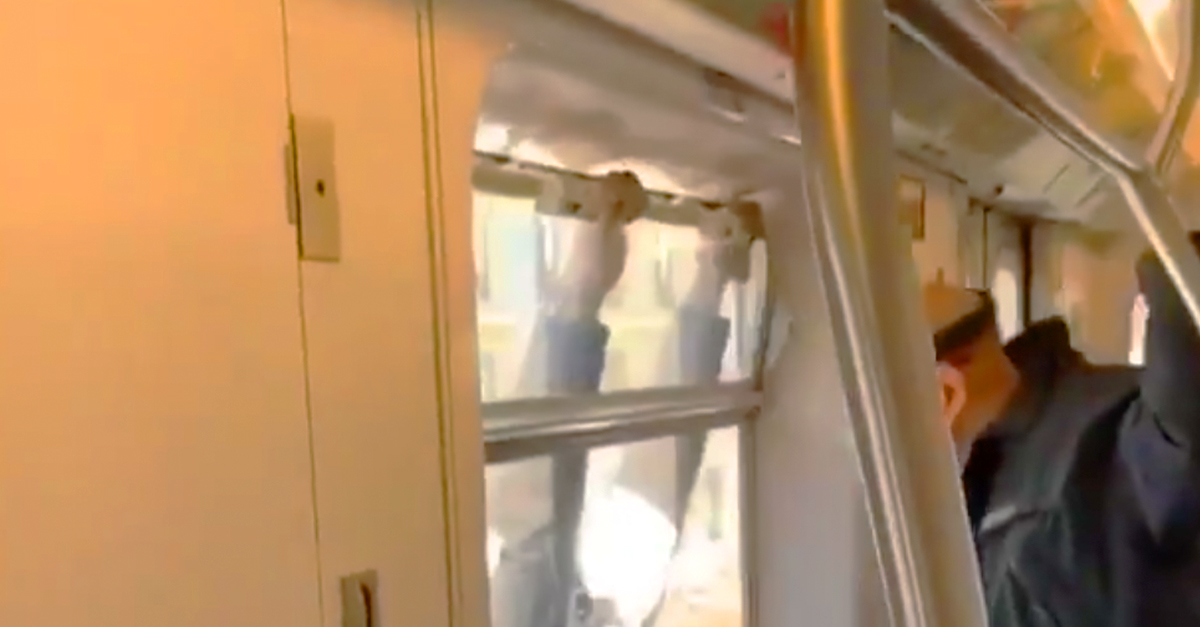 A subway rider in New York was filmed riding on the outside of his train and the guesses as to why range from “internet stunt” to “willing to die to avoid all the Coronavirus germs inside the train.”

Whatever the reason, the lunatic was caught on video hanging onto the side of the moving train and the footage makes one thing clear: there is no good reason to do that.

This is crazy! Guy riding outside the train hanging on window 😳 The BS us workers have to deal with during this pandemic @danrivoli @PeiSzeCheng4NY @NYCTSubway pic.twitter.com/ePn2fBJACY

“This is ridiculously dangerous behavior at any time, and in the middle of a pandemic it also distracts police officers from efforts to keep people safe, spread out and healthy. That’s unacceptable.”

NYPD were able to identify the train as the 2 train in the Bronx but not the rider or when the incident occurred.

1. If this guy was afraid of catching Coronavirus by riding on the inside of the subway train, risking your life to avoid risking your life feels… counterintuitive. I’ve got to say, if I had a choice between dying of bat flu all drugged up in a hospital or my body being ripped apart and mangled by a subway train I’m going to pick the former a thousand times out of a thousand.

I’ll spare my family imagining my head being crushed like a grape.

2. Also, if you’re willing to risk the litany of vile diseases that adorn the interior of New York City subway trains on a normal day you should be fine with what’s in there now. Coronavirus is obviously dangerous but so it’s not like the rat herpes you’re sitting in is much better.

3. Internet stunts like this are stupid as shit. Jackass already did everything funny 20 years ago. You’re not going to top them.

4. The wildest part is that this guy probably still paid to do that. You can’t get that close to those trains without either paying or hopping the turnstile.