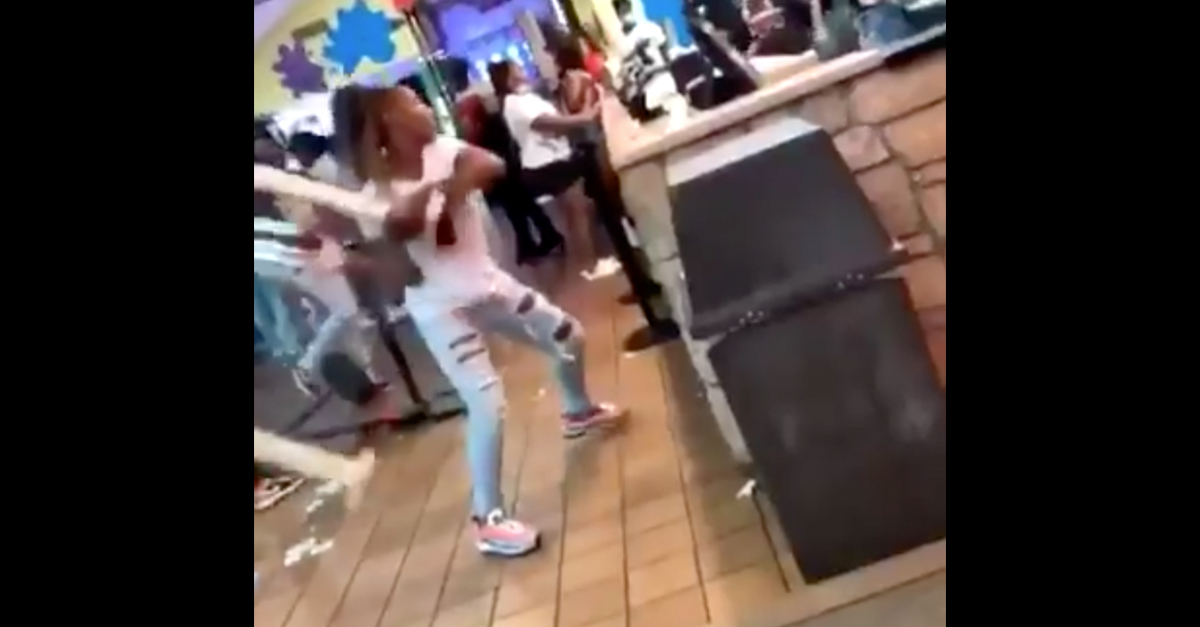 Hundreds of teenagers in Memphis, Tennessee were caught on video rioting and destroying a Putt-Putt Golf Center, terrifying both employees and onlookers, allegedly because the game machines ate their cash. Was this an outrageous and violent outburst of immaturity or a legitimate calling of Shenanigans on the Golf and Games Family Park?

Video of part of the incident went viral on Twitter. In the video a teenage girl is seen berating Golf and Games Family Park staff and throwing a number of objects at them over the counter, including a plexiglass barrier.

Other reports from the Golf and Games Family park say that one teenager set off fireworks inside the arcade while another was seen de-potting decorative plants and throwing them at cars. The teens eventually scattered when Memphis police showed up.

Golf and Games Family Park released a statement on Facebook about the incident.

Unfortunately, yesterday evening we had an incident that we have never experienced in 57 years of business. Parents chose to leave large groups of teenagers at our facility without parental supervision. Some of those people chose to create a disturbance the likes of which we have never seen. We are very thankful that none of our Golf and Games family or customers were injured in this situation. We are actively working with authorities to identify those involved and hold them accountable for their actions. Going forward, all minors must be accompanied by their parent or guardian while at Golf and Games. Anyone that is left unattended will be asked to leave. We are and always have tried to be the locally owned p-lace for family entertainment for almost six decades. And we will always welcome those who choose to share their family experiences with us. We look forward to serving you soon.

According to Golf and Games Family Park no employees were injured during the incident. The girl in the video was issued a juvenile summons for disorderly conduct and the park plans to work with the police to press further criminal charges.