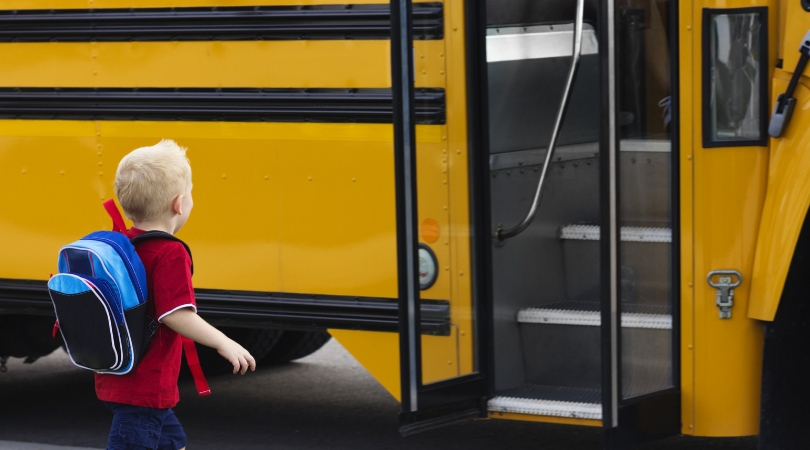 Alright, people, it’s no secret that it’s been absolutely hot this summer. Heck, people in the south are getting so hot that they would rather stay inside all day and just hide in the air conditioning. I mean, at least that’s what I do. It’s terrible, and unfortunately, we can’t do anything to control it because that’s mother nature for you. But, what a lot of us seem to forget about during the summer is school buses. What about school buses? Well, basically, school buses don’t have air conditioning which is worrisome for some parents.

Which is why Jessica Granger, a mother in Alabama, was highly concerned for her son when he came home from school one day. Granger stated her 6-year-old had a headache and was nauseous due to the heat from the school bus. To try to help out the mother, Houston County Superintendent David Sewell met with staff to discuss ways to avoid the abdominal heat on school buses.

This year is poised to be one where 'passing school bus' deaths might outpace 'hot car deaths,' since people seem to be driving dumber. Let's see if we can offset that. https://t.co/qL4jSStJGi pic.twitter.com/FpjwVvjOan

Sewell encouraged bus drivers to leave the windows open all day so it will be a bit cooler for when students board in the afternoon. The superintendent also wants to put water on board for the students until the heat wave passes. Which honestly, isn’t a bad idea since excessive heat can lead to dehydration. Granger agreed with the superintendent but is now urging for the busses to have air conditioning. In Alabama, only those that transport special needs students are required to have air conditioning.

Trying to see how hot it gets inside a school bus, Houston County Placed a digital thermometer this week which showed the temperature rose to 138 degrees! The vehicle had been sitting idle while waiting to pick up the students. Granger stated she wants the Alabama Legislature to pass a law making it mandatory for buses to have a cooling unit. Unfortunately, there are still no current plans for lawmakers to address the issue.

According to the Transportation Director for Dothan City Schools, Jay Bruner, he would also like air conditioning on all 94 bus fleets. But it could cost up to $10,000 per bus, to which she states “sufficient money isn’t available.” In all honesty, yeah, that’s understandable. But this could seriously become a problem, especially for those children in the south. If it’s that hot in Alabama, can you imagine how it is down in Texas?

These poor children could seriously be in danger if nothing is done about it. Yikes.