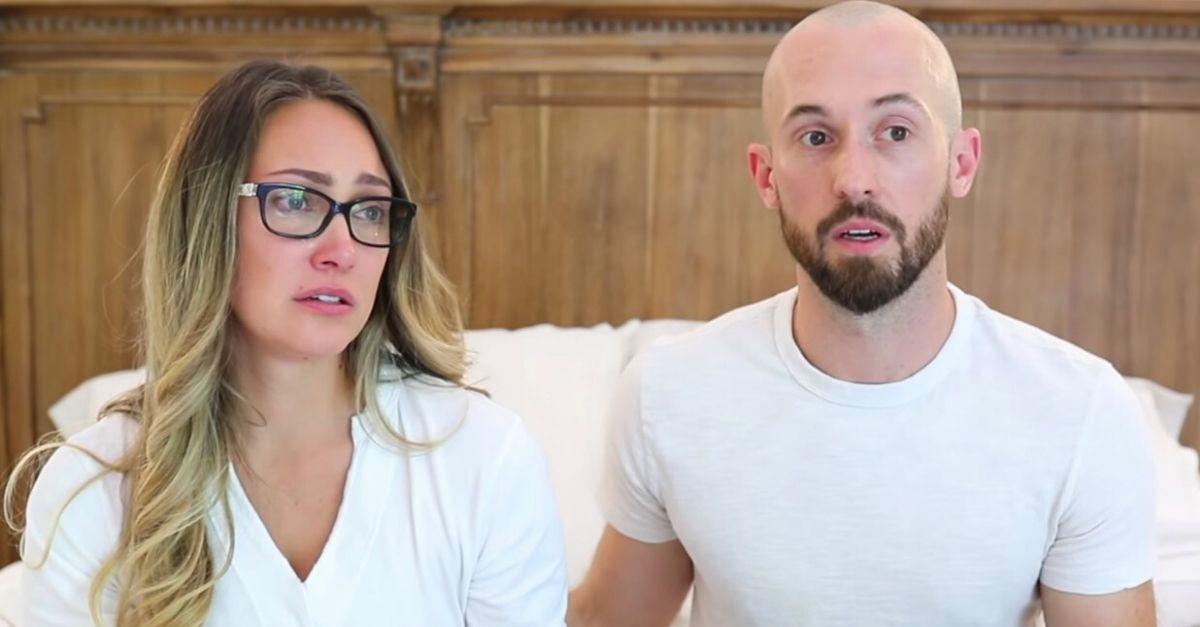 YouTuber Myka Stauffer and her husband James Stauffer announced they have decided to rehome their son Huxley, who was adopted two and a half years ago. The couple welcomed their now four-year-old boy son from China in October 2017. Through a video statment shared on their YouTube channel, James stated, “Once Huxley came home, there were a lot more special needs that we weren’t aware of, and that we were not told.”

The husband continued saying it was really hard hearing from medical professionals about his diagnosis, saying they had a lot of feedback that was upsetting for the family. According to the family, the boy has autism and brain damage. He did note the family never wanted to be in the position they are now, and they have been trying to get the boy’s needs met and help him out as much as possible.

“But there wasn’t an ounce in their body that didn’t love her son, and there wasn’t a minute that they didn’t try their hardest to help the boy anyway they could. After multiple evaluations, numerous medical professionals have felt that he needed a different fit and that his medical needs, he needed more. Do I feel like a failure as a mom? Like, 500 percent.”

The social media entertainers, who have four biological children (Radley, Onyx, Kova, and Jaka), stated the little boy was happy and is doing very well. His new mother has medical professional training which is fitting for the boy. The couple asked their subscribers to honor their privacy, saying that they wouldn’t be going into further details about the boy and the family.

Myka was very verbal about her decision to update her fans about the adoption, especially when it came to his two-year adoption anniversary. She regularly documented the family’s journey to adopt him together, including monthly and yearly posts about the whole adoption journey itself.

The last couple days have been hard I don’t want to sugar coat anything. We have had a lot of melt downs, and lots of behaviors that have had us on our knees begging god for guidance! On social medial and Youtube we rarely show the behaviors or the hard stuff, because we try our best to respect our sons privacy and dignity. We have hard days, lots of them. I wish autism and adoption trauma had a manual to direct you through it all.💙🧩#autism #momstruggles #everydayisanewday

Several viewers of the family were quick to express their heavy outrage about Huxley being placed with another family, comparing their biological kids with the adopted boy. Others also criticized the mom for using him in monetizing content. A Change.org petition was created demanding the family remove all monetized content of the boy from YouTube.

The influencer, who has more than 162,000 followers on Instagram and over 700,000 subscribers on Youtube has several garnered partnerships with big-name companies such as TJ Maxx, Danimal yogurt, and Big Lots. After making the decision of rehoming the boy, Stauffer did reassure her audience that numerous medical professionals felt he needed a different fit, which is why the adoption agency helped place Huxley with his “forever family.”

Watch: No Child with Autism Is the Same, But Communicating with Each Starts Here