Mom Punishes Son by Making Him Do Pushups in Public, Applauded on Social Media 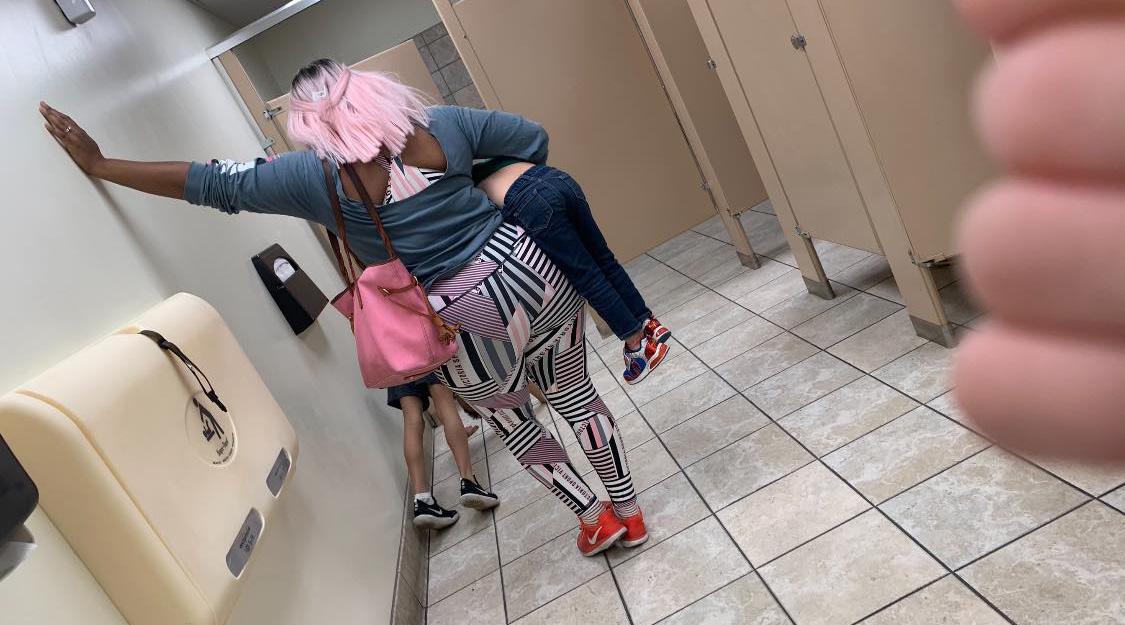 Our story begins with a Texas mom who was having a day. She was out shopping with her young, rambunctious children at Hobby Lobby and, as young, rambunctious kids are wont to do, one of them acted up to the point that the mom had to do something about it.

So she took him to the bathroom and made him do pushups. Of course, that wasn’t the end of it. Her son had to get some words in. The mom had no sympathy and no time for her son’s smart mouth. She just kept adding ten more push-ups every time he mouthed off.

Simply hauling well-behaved kids with you can be exhausting enough, but the mental and physical toll of dragging around a kid who isn’t particularly interested in cooperating with you that particular day is to parenting what running up a mountain with a backpack full of bricks is to jogging. And also the bricks are telling you they hate you and that you suck.

Another mom who witnessed this interaction understood that. Molly Wooden, who was carrying around her own kids with her that day, witnessed this mom’s old school, no-nonsense approach to motherhood and couldn’t believe what she was seeing. Common sense parenting! A mom or dad in the 21st Century who doesn’t coddle their kids. She felt compelled to snap a picture and post what she saw to Facebook so she could publicly applaud this mother, who was a complete stranger to her.

To the woman in the Hobby Lobby bathroom. If my hands weren?t full of children I would have applauded you. As your son gave you the back talk of the century, you stayed calm and collected while adding 10 more push ups to his already growing number.
We need more parents like you, who aren?t afraid to parent their own children because of what someone else might think. He said ?Mama, this is the bathroom floor, grossssss?.
She said ?maybe you shouldn?t have been acting obnoxious. (They have soap for a reason.) 10 more.?

Random woman of Hobby Lobby, I love you. ???
Keep on raisin? them boys right!

-I have since found the Mom through the power of social media and she promptly thanked me for posting this, says she appreciates the support and positive comments, and we?re hoping to grab coffee sometime… while supervising push ups that is. ?

Granted, the Texas Hobby Lobby crowd is probably going to be a lot more supportive of parenting methods like these than, say, second hand bookstore customers in Portland, Oregon. But still. Rock on, tough moms.

This story was originally published February 27, 2020.