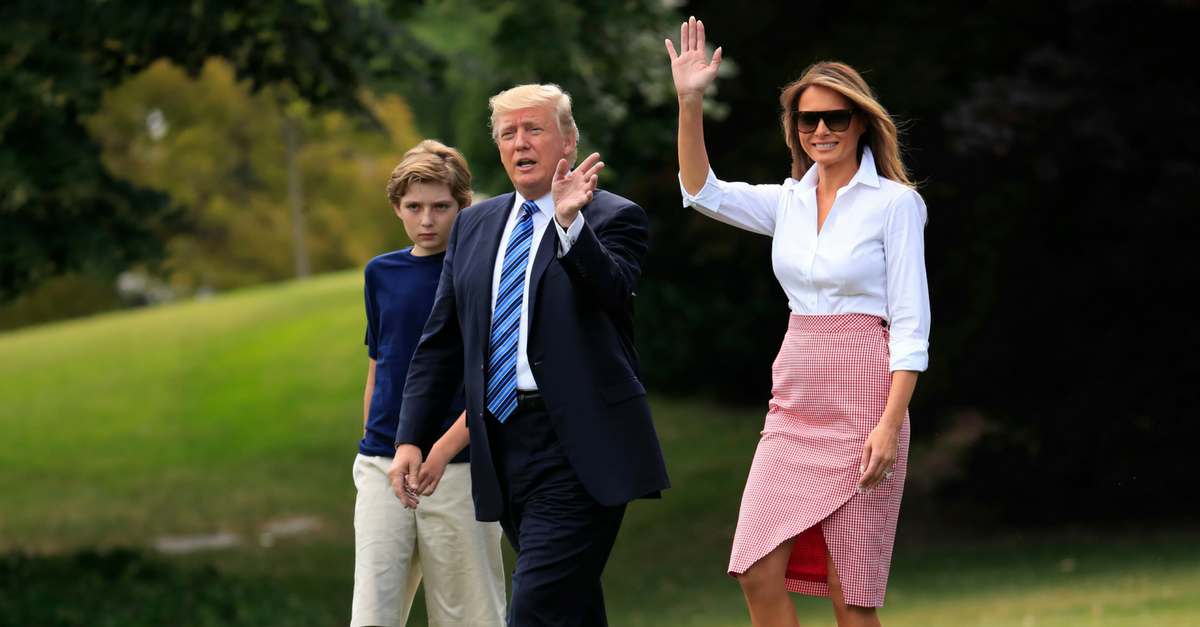 The Islamic State’s new target hits a little too close to the White House.

The Washington Free Beacon has reported that there is some concerning chatter on pro-ISIS networks surrounding President Trump’s youngest child, First Son Barron Trump. The terrorists have called on each other to assassinate the preteen.

Key details were also being shared, including the address of his prestigious middle school, which sits outside of Washington, D.C.

“Using the hashtag ‘handle the son of the mule of America,'” the supporter, who uses the name “Dak Al-Munafiqeen,” Arabic for “striking the hypocrites,” wrote: “Barron Trump goes to this school in Washington,” explained the Middle East Media Research Institute (MEMRI).

MEMRI added, “The post was followed by a photo of Barron Trump.”

RELATED: “Should have happened a long time ago” — President Trump makes his toughest move yet on North Korea

The message containing the young Trump’s picture was shared with several channels.

Though not the most recent mass casualty incident on American soil, the last terrorist to claim to be working with ISIS was Sayfullo Saipov, who killed eight in New York.

Police found a handwritten note in the rental truck Saipov used to fatally mow down pedestrians. Saipov said that that the attack was carried out in the name of ISIS. He also declared his allegiance to the terrorist organization, though some authorities were led to believe that he was inspired by the group, rather than ordered directly.

Gov. Andrew Cuomo later revealed that Saipov, who resided in several American states including Ohio, Florida, and New Jersey, was “radicalized domestically.” Cuomo told WCBS radio in an interview that “All you need is a vehicle, a car, a truck,” adding, “The Internet is now the training ground.”