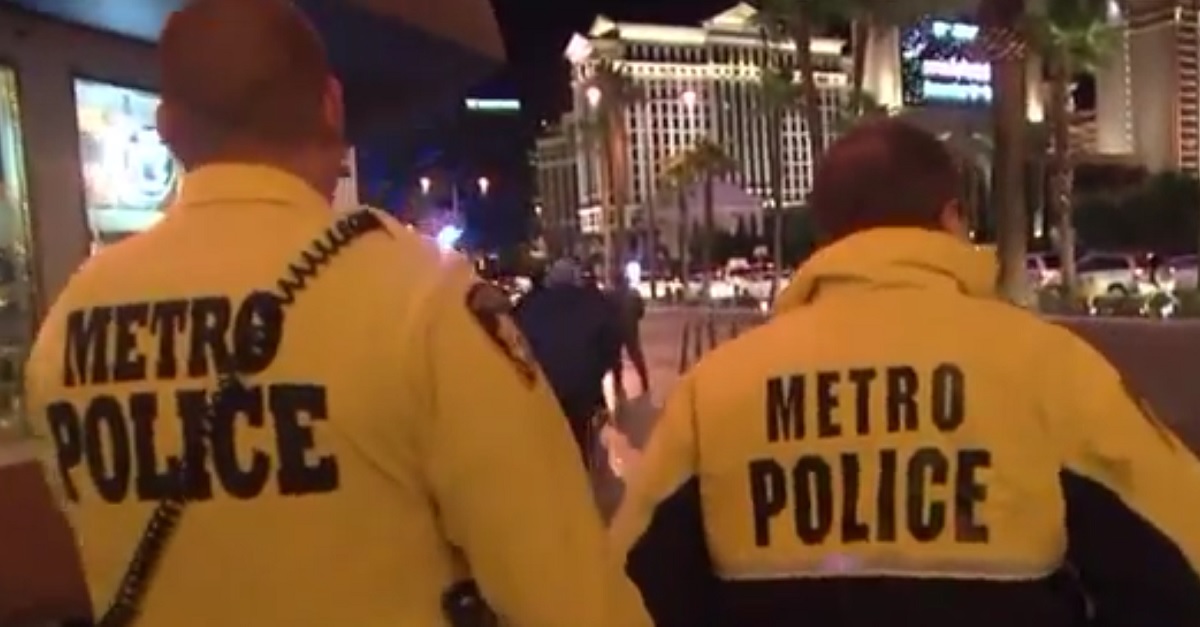 Mere months after Stephen Paddock killed 58 people and wounded over 500 in one of America’s most egregious mass shootings, Las Vegas’ Metropolitan Police Department is deploying “unprecedented” security to thwart another attack on New Year’s Eve.

“I’m confident every available resource is being used to make sure this New Year’s Eve will be safe,” said Clark County Sheriff Joe Lombardo, per the Las Vegas Review-Journal.

RELATED: We now know exactly how all 58 Las Vegas shooting victims and the gunman lost their lives

Safety measures include a mix of local and federal resources. The New Year’s Eve celebration is rated a top priority by the Department of Homeland Security, which has rated it a 1 on the agency’s Special Event Assessment Rating. That places it alongside events like the Super Bowl. According to the DHS, a SEAR 1 rating is attached to:

Events of such magnitude and significant national and/or international importance that may require the full support of the United States Government (USG). The scale and scope of these events requires significant coordination among federal, state, and local authorities and warrants pre-deployment of federal assets as well as consultation, technical advice, and support to specific functional areas in which the state and local agencies may lack expertise or key resources.

In layman’s terms, the coming New Year’s Eve celebration will include spotter and sniper teams, additional quick response teams, 100 FBI personnel brought in to work in “specialty positions,” additional medics and K9 units, federal and local air units, and more. Hundreds of National Guard troops will deploy for a three-day period around New Years Eve, alongside 1500 police officers, according to KTNV.

Last year’s celebration was rated a 2 on the SEAR scale.

Las Vegas officials understand and acknowledge that the shooting at the Route 91 Harvest Festival is still on the minds of many.

Clark County Commission chairman Steve Sisolak says “never will it be as safe as it will be this year.” New safety measures, including bollards designed to withstand vehicle attacks, will benefit the safety of Las Vegas well after the party, he says.