Woman Allegedly Tied Boyfriend Up During Sex and Then Robbed Him 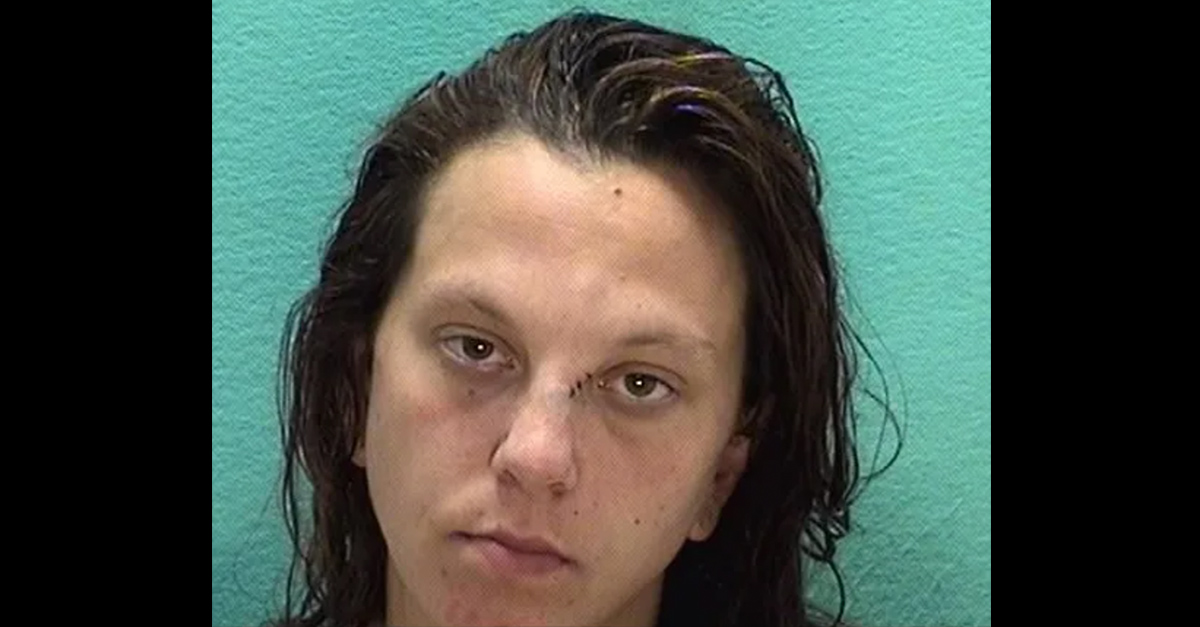 A New Jersey woman has been charged with felony kidnapping after allegedly trying her boyfriend up during sex and then stealing his guns and cellphone.

28-year-old Ann Marie Bessie Eller of Buckeye Lake, New Jersey was arrested and charged with one count of felony kidnapping for her sexual ruse.

The robbery itself, however, allegedly took place on November 5th. Newark police responded to a reported robbery at a home on the 200 block of South Sixth Street in Newark. It was there that the victim told police that he’d invited Eller, his girlfriend of a few months, over to have sex.

According to the victim, Eller tied him to his futon and then, instead of having sex with him, stole three guns and his cellphone (and his bank card, which was stored in the phone’s protective case).

The victim was tied up for roughly 40 to 45 minutes before he was eventually able to get free by grabbing a lighter and using it to burn through the ropes. He called police after his bank informed him that his card was being used by someone else.

That someone else, however, was not Eller. The person using the card was a man who said he had been given the bank card by another woman who claimed that Eller invited her over to the victim’s home, where she saw the victim tied up and naked on the futon. It was there that Eller gave this woman the victim’s bank card before she ultimately passed it along to the man Newark police tracked down.

The Licking County Prosecutor’s Office plans to request that Eller be held on a $100,000 bond. A grand jury is set to review the case and potentially levy additional charges against Eller.

If convicted of just felony kidnapping Eller can face up to 11 years in jail and a $20,000 fine.