Dying Nurse Claims She Swapped Over 5,000 Babies at Birth Within 12 Years 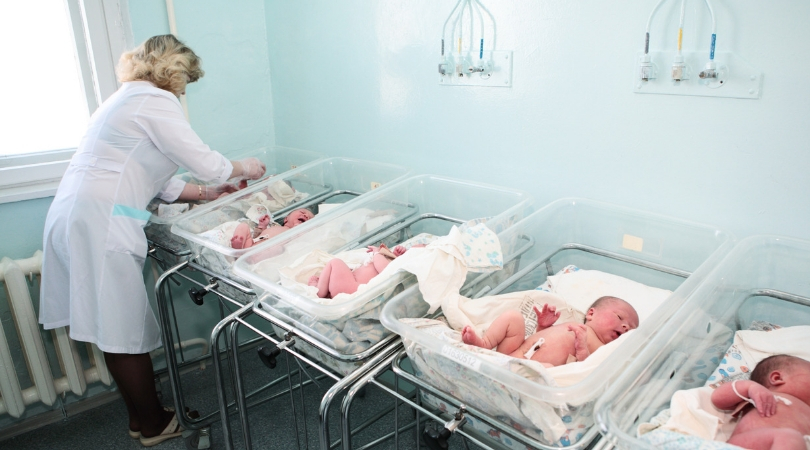 A nurse in Zambia, who is currently on her deathbed, stated she switched more than 5,000 babies at birth during her 12 years in the Maternity Ward. Her confession, which is more than shocking, is raising a lot of questions as to whether it is true or not. Elizabeth Bwalya Mwewa stated she wishes to confess her sins before God, especially those who gave birth at the The University Teaching hospital in Zambia while she worked there.

The Zambian nurse stated that if a child was born between the year 1983 to 1995, there is a chance that their parents are not their actual biological parents. The nurse said she had developed a habit of swapping newly born babies just for the fun of it. Which kind of makes me think like she’s a sociopath, but that’s just me.

Zambia's Nursing Council is investigating a viral story, that a dying Zambian nurse confessed to have switched 5,000 children in a government hospital in over a decade of her working there in Zambia. pic.twitter.com/E3hmqkTgjh

Mwewa, who is currently dying of terminal cancer, is urging people to look closely at their siblings and take DNA tests if one suspect they might have been swapped. She believes one should notice their skin tone most importantly, and is begging for forgiveness, stating “Take a good look at your siblings. If, for example, everyone is light and you are dark… you are that child and I am really sorry for that. I have caused many mothers to breastfeed children who are not theirs biologically. I don’t want to go to hell for that.”

According to several researchers, if her statement is true, she would have had to have swapped one baby every single day for 13 years straight. Which is why many people are skeptical that she could have done this without any current or hospital staff ever noticing.

Calling a preliminary investigation, the General Nursing Council of Zambia stated there was no Midwife by any name of Mwewa, which kind of races a few questions. Still, if the situation is a hoax or not, people are investigating just to make sure these children weren’t actually swapped, because well, that’s 5,000 lives we are talking about!

A dying nurse in Zambia claims she swapped over 5,000 infants after birth during her 12 year career at a Maternity Wing. This means she most likely broke thousands of families who might have thought their partners "cheated on them."

Honestly, you would kind of think that someone would notice if a baby swapping was actually happening, especially if it was more than a decade. I mean we won’t know for sure until the General Nursing Council of Zambia or any local Authority releasing more information, but I’m kind of hoping this is a hoax. Those poor parents and innocent children are gonna so devastated if this is true.

Who in their right mind has a habit from swapping babies? That’s just wrong! Can’t you just get a habit of heavy drinking or I don’t know, eating tuna sandwiches for dinner every night? What kind of woman or nurse are you?