The ever-blunt and brash Rex Ryan, former head coach of the New York Jets and Buffalo Bills, said on his new gig at ESPN’s “Sunday NFL Countdown” that the man he publicly endorsed during the 2016 election has “pissed [him] off” with his comments over the past few days.

RELATED: NFL coach on Trump: “there’s no longer a place to sit silently”

“Let me tell you,” Ryan began. “I’m pissed off, I’ll be honest with you. I supported Donald Trump. I sat back when he asked me to introduce him at a rally in Buffalo, I did that.”

Ryan, who said this as he was being glared at intensely by one of the best wide receivers ever in Randy Moss, said he thought Trump’s comments were “appalling” to “almost any citizen in our country.”

“I’m proud to be associated with those people. I apologize for being pissed off, but guess what? That’s it, because right away I’m associated with what Donald Trump stands for and all that because I introduced him,” he added. “I never signed up for that, I never wanted that. That doesn’t mean I support 100 percent of the things he says.” 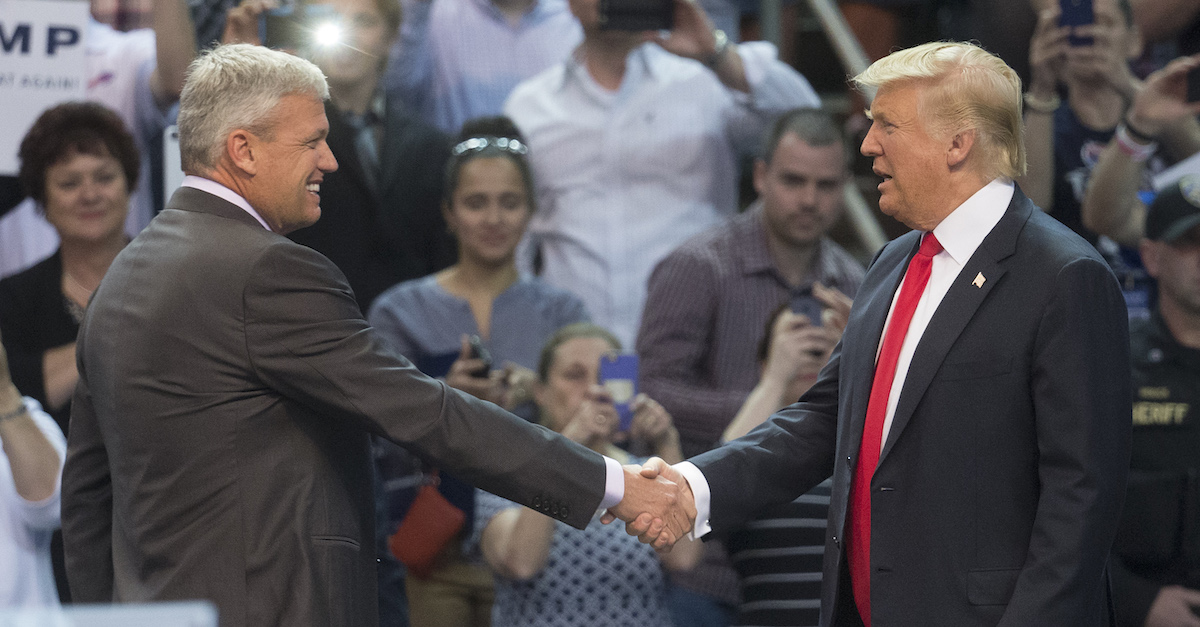